Longford Garda chief says progress in crime fight is being made 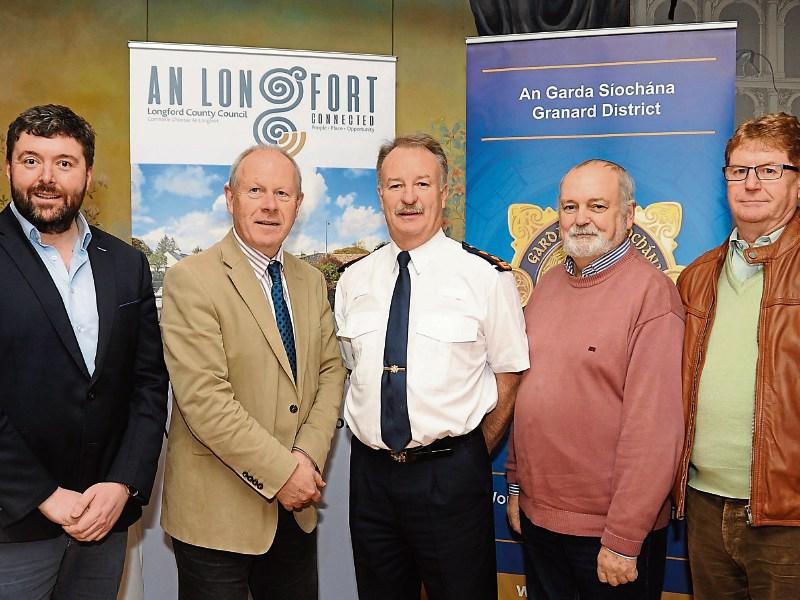 Longford Joint Policing Committee (JPC) hosted a public meeting in relation to matters affecting the policing of the county on Wednesday, November 30 last at the Longford Arms Hotel.

Gerry Warnock, Chairperson of the JPC welcomed the members of the public who attended and indicated that the theme of the meeting was dedicated to the new Age Friendly Strategy which was formally launched in Longford last month.

Addressing the forum directly, Superintendent Jim Delaney who was recently appointed to the Longford Garda District, summarised the functions of the JPC.

He explained that it was a forum in which Longford Co Council and senior garda officers for the county, together with members of the community, gathered together to discuss areas of concern to the local community.

“As a result of this co-operative approach, solutions can be identified and implemented and the work of the JPC can result in a better quality of life for the local community,” added the Superintendent before pointing out that An Garda Síochana’s Older People’s Strategy focused on ensuring that older people felt safe and secure in both their homes and in their communities.

He also expressed confidence that the programme would be successful in delivering crime prevention information to older people as well as addressing their fears around criminal behaviour.

“This is a crime prevention initiative where ambassadors will go among their peers in their communities and deliver crime prevention advice and leaflets,” continued Superintendent Delaney before adding that the built-in feedback  and analysis from the programme would subsequently help gardaí to determine strategy and where to deploy resources when required.

“One of the areas that we have been working on in recent times has been in visability; this is possible because of the resources that have been made available to us under Operation Thor,” he added.

“There has also been some success in the areas of public order.”