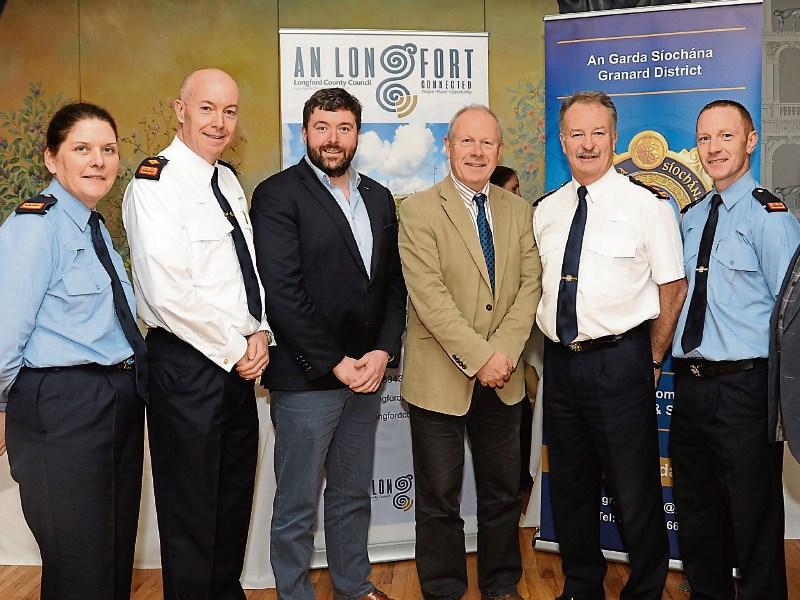 Chief Superintendent Padraig Rattigan, Roscommon/Longford Garda Division told last week’s public JPC meeting in Longford town that the division was one of the few in the country that had not been stripped of its resources in recent years.

“Issues have been raised at local JPC meetings in relation to resources and I can confirm this is one of the few districts that hasn’t lost any resources particularly over the past two years,” he added.

“There are now a further 19 more members attached to Granard and Longford Garda stations - 12 members in Longford and seven in Granard and that has happened over the last three years.

“This is something that is very positive.”

The local Chief Superintendent also went on to say that JPCs were forums where gardaí and community members could focus on policing matters in their respective areas, something, he added that had been particularly beneficial to the Granard and Edgeworthstown divisions.

“We try to place our resources where they are most required and that is what has allowed the changes to take place here,” Chief Superintendent Rattigan continued.

“We have also managed to maintain a dedicated community policing unit here in Longford town and it has always been very effective over the years.

“It is also recognised nationally as being one of the most effective policing units in the country.”

The local garda chief also pointed out that there had been reductions made across several divisions in the country and Longford had been lucky enough to avoid inclusion in that.

“This is something that we must all be delighted about; we are constantly in touch with people in our communities and will respond to the best of our abilities whenever we can,” he concluded.

Meanwhile, Cllr PJ Reilly (FF) called for serious consideration to be given to the provision of CCTV cameras in certain locations in the Granard Municipal District.

“There is a huge need for CCTV especially in our towns and villages and I would hope that Granard will be given serious consideration with the next allocation of the security system is announced,” he added.

“CCTV is a wonderful tool in combating crime and I think we can all agree that it is something that can only serve to enhance the areas in which it is placed.”