Longford motorists being priced out of dysfunctional motor insurance market 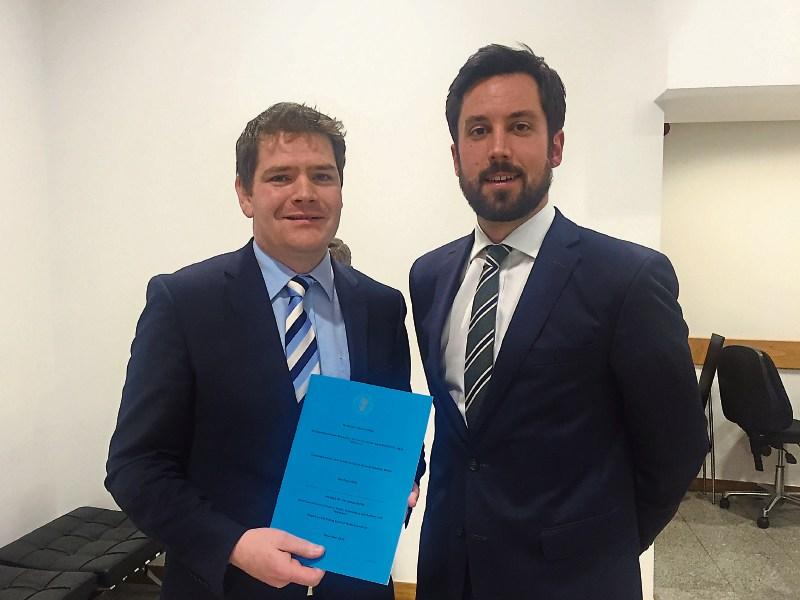 “The cost of motor insurance has become one of the most serious issues facing people in Ireland at present," stated Longford/Westmeath TD Peter Burke following the launch of an Oireachtas Finance Committee report entitled, 'The Rising Cost of Insurance'.

The Oireachtas Finance Committee, which Burke sits on, was tasked with carrying out an in-depth report into the recent surge in the cost of insurance which is causing huge problems for drivers across the country.

The report has found that the motor insurance market is highly dysfunctional, which Deputy Burke says is clear to anyone who has renewed their policy in the past year.

He said, “The cost of motor insurance has become one of the most serious issues facing people in Ireland at present, with prices escalating even higher in recent months so that a large number of people have been totally priced out of the market. This report has found that these increases are not sustainable and are totally unjustified.

“Since June, we have had a series of meetings and hearings with experts and stakeholders in the insurance sector. We have heard from representatives from insurance companies, legal experts, the personal injuries board and many more in order to find out the root causes of the huge increase in costs. While there is no one clear cut solution to the problem, it is imperative that the insurance companies must be compelled to publish their data on settlements in order to make the market more transparent, and to remove the “closed” mentality of the sector.

"We have found that 70% of claims are settled outside of court and information about settlements is not released which is totally unacceptable and driving up costs. Many of these costs are tied with legal and consultancy fees and the insurance companies must be held to account over this.

“In total we have made 71 recommendations, some more urgent than others. We recommend that the CSO be tasked with the collation and publication of all settlement data, that the PIAB is strengthened, that the book of quantum be reviewed and extended to cover settlements and the a national claims register be established.

"I whole-heartedly support the call for the international benchmarking of claims which has worked effectively in the UK in reducing premiums. Fraudulent claims must be pursued aggressively and insurance policies must be broken down for the customer point by point, so that the insurance companies outline exactly what percentage of the premium is going on legal and other administrative costs.

“This report is being considered in tandem with the Cost of Insurance Working Group’s report, and Minister Eoghan Murphy will be carrying out a series of actions before Christmas. As a Committee, we have urged him to introduce legislation to put our recommendations on a statutory footing with the sense of urgency which is required to tackle this problem."