Christmas Stars in Your Eyes set for Edgeworthstown this weekend 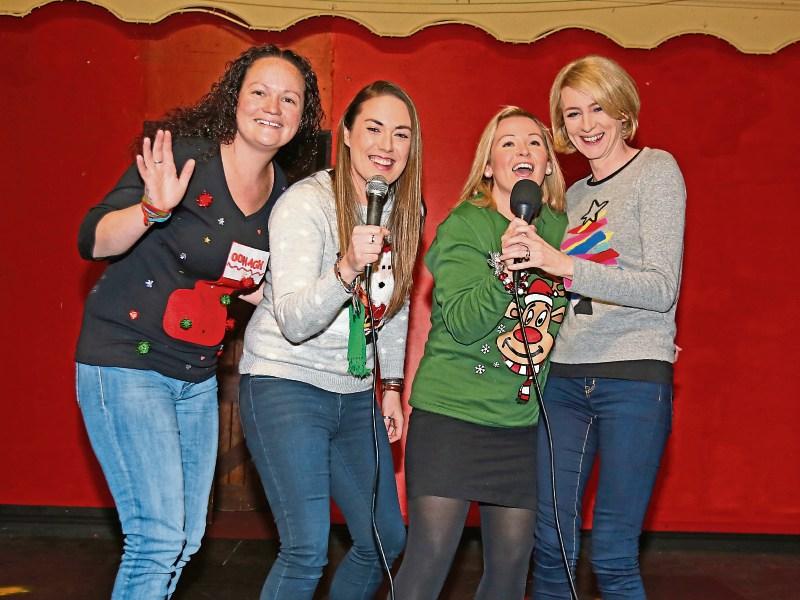 Festive celebrations are continuing in Edgeworthstown this week, with the exciting Christmas Stars In Your Eyes fundraiser.

Taking place at the Park House Hotel on Saturday, December 10 and Sunday, December 11, the event will see forty brave locals, aged from 16 right up to the seventies, take to the stage as sixteen well-known soloists, groups, duos and trios.

While the identities of the acts are a closely-guarded secret, the organising committee has promised an unforgettable night of festive music and comedy.

The event will be led by MCs Cathal Kelly and Brigid Duffy, while Aisling Rynn has also been lined up to provide some music on both evenings.

The Saturday event, kicking off at 8pm, is for adults only. The show on Sunday, December 11 is very child-focused, however, with a special ‘Children’s Choice’ category allowing the younger viewers to vote for their favourite act with a special token, which they will receive at the beginning of the show. Kids will also be delighted to hear that special guests Santy and Mrs Claus will be on hand on Sunday.

On both Saturday and Sunday, audience members can vote for the winner and runner up by means of donations.

Saturday’s spectacular has already sold out, but tickets for the Sunday show are still available from at Philip Quinn’s or John Farrell’s, costing €15 per adult and €5 per child.

The acts will spread the Christmas cheer the following week, bringing their all-singing, all-dancing show to the Christmas party at Our Lady’s Manor Nursing Home.