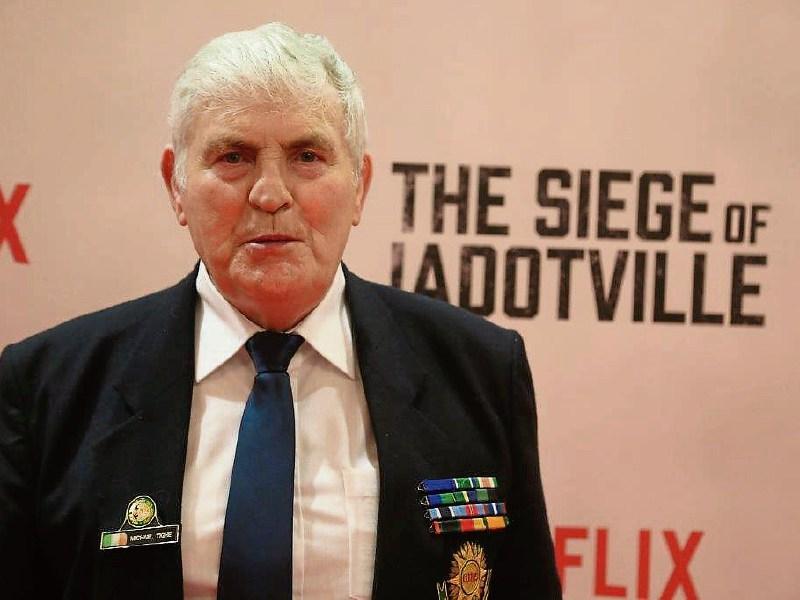 This evening, Wednesday, December 7, Longford man Michael Tighe will officially launch his book, ‘The Tiger of Jadotville’ at 7:30pm in the Longford Library.

Although 6,000 Irish soldiers served in the Congo in the early 1960s, Michael was one of only a handful who served three tours of duty, all of which are recounted in the publication.

A wonderfully colourful account of tough, challenging times; ‘The Tiger of Jadotville’ features a mix of hair-raising and humorous tales, including a recollection of the time he was part of the 2nd Armoured Car squadron - but they had no armoured cars!

At another stage, he reported back for duty to Custume Barracks, Athlone after being absent for six years.

Michael also details a full account of his subsequent court martial, despite having been nominated for the Army’s highest bravery award.

The book will be launched by Longford’s own Sinead Hussey. The special guest on the night will be Leo Quinlan, son of Commandant Pat Quinlan who was the officer commanding in Jadotville, and on whom the movie ‘The Siege of Jadotville’ is based.

A former Army Officer himself, Leo will no doubt have some fascinating insights into the whole affair.

All are welcome to attend the launch, and the book will be on sale on the night for just €20.