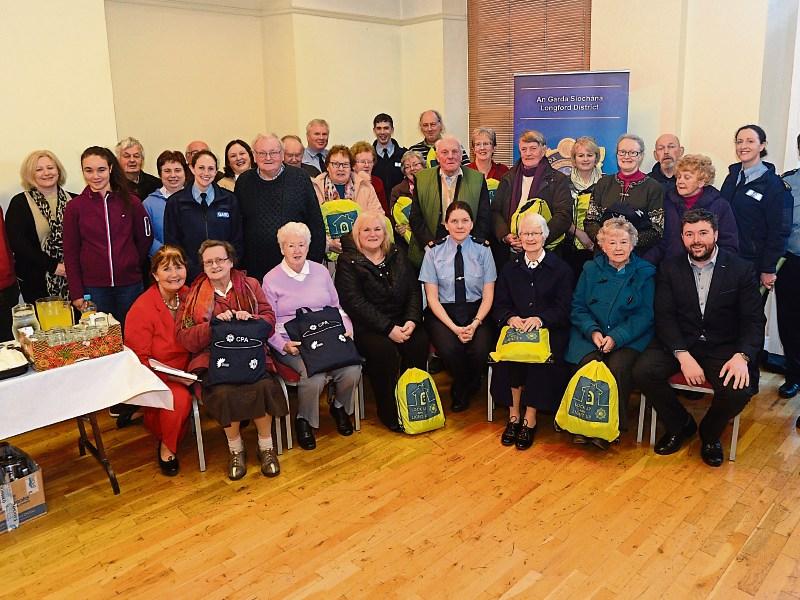 Almost half of all burglars gain access to properties through a front or rear door, a crime prevention meeting was told last week.

Members of the public also learned a growing percentage of break-ins occur when a homeowner leaves their place of residence  unsecured.

They were just some of the findings to be taken from the launch of a new policing offensive  aimed at curbing crime at its source through a series of preventative measures.

Dubbed the Crime Prevention Ambassador Programme, an audience of around 30 members from Longford's Older Persons Council were on hand to hear how the strategy   aims to  empower older people by making them feel  safer at home and in their communities.

Sgt Lionel Mullally said much of the thinking behind that strategy was geared at adopting simple, precautionary advice.

“Ninenty nine per cent of criminals are opportunists,” he said.

The Longford Garda Sergeant said altering and shifting the way people felt about crime was the real yardstick upon which the ambassador strategy would ultimately be tested.

“Changing that perception and fear of crime, that will be the litmus test,” he confided.

Should those efforts be realised, Sgt Mullally said volunteers and 'Crime Ambassadors' who help bring about that change would become “the beacons” of crime prevention into the future.