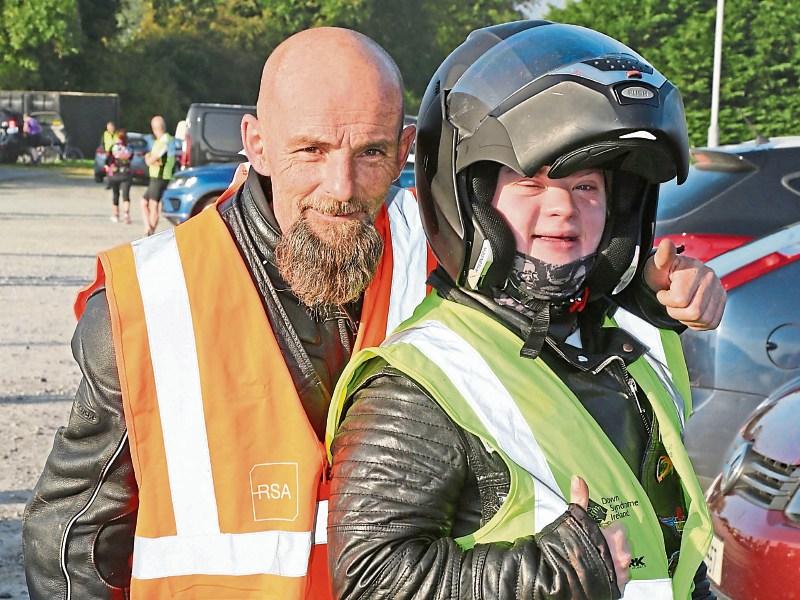 Santa Claus and his lovely wife, Mrs Claus, are set to swap the sleigh in favour of a motorbike on Sunday, December 11, as the Midlands Toy Run gets underway.

The ninth such event, the Toy Run was originally discussed by local men Frank Kane and Billy Beahan, when Frank went to Billy for a haircut.

“I just asked ‘Why does nobody do one [a Toy Run] here in Longford?’” Billy told the Leader. “And Frank said; ‘I don’t know, but we can find out!’

“Kids should see Santy,” Billy continued. “So we organised the first year and it was smaller than any other year, but it started the ball rolling.

“The fun never goes out of it,” he smiled.

Although it’s organised by bikers, and biking plays a huge part in the event, it’s not the sole focus. The aim, Billy pointed out, is to put a smile on the faces of children in the Midlands Regional Hospital Mullingar and Bethany House in Longford.

Of equal importance, Billy emphasised, was to give a moment of joy to the parents and guardians of the children, and the men and women in Bethany House and St Martha’s Hostel.

Ahead of the occasion, the team gets a list of the children staying in Mullingar Hospital, and they source gifts suitable for all ages. Gifts are also gathered for the men, women and children of St Martha’s and Bethany House.

“The actual run starts from the filling station in Robinstown, which is very close to the hospital. There, we meet our friends from Mullingar, Dublin and wherever they’re coming from.

“We load up Santy and Mrs Claus on a big trike, as well as our mascot Linda McGee, who leads us over to the hospital.”

Santy and his helpers then visit the children on the ward, delivering presents and festive greetings.

Giving his thanks to An Garda Síochána for their annual support, Billy then revealed that the convoy make their way into Longford, where Santa’s sits at his