Seasonal Stars in Your Eyes fundraiser set for Edgeworthstown 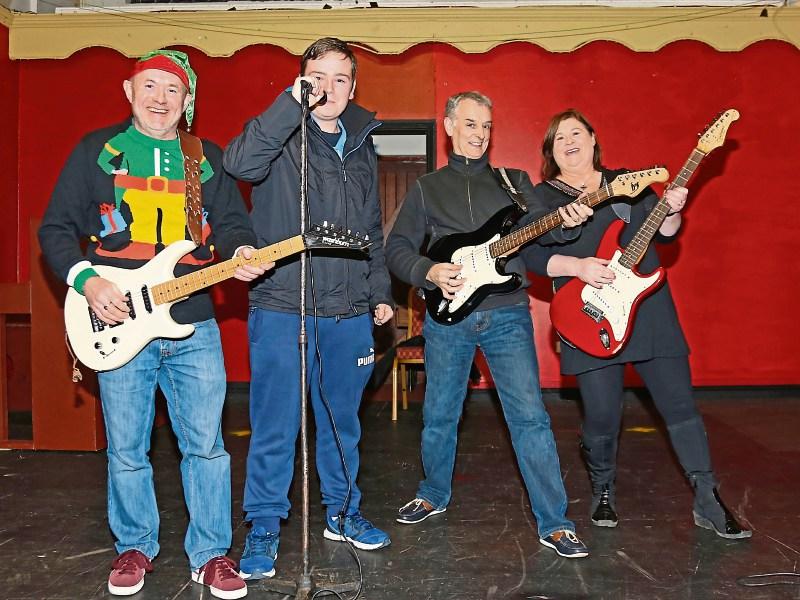 Two unforgettable evenings of entertainment are guaranteed as Edgeworthstown pulls out all the stops for a very special Christmas edition of Stars in Your Eyes.

Forty brave local performers will take to the stage at the Park House Hotel on Saturday, December 10 at 8pm for an adults only spectacular, while the fun will resume on Sunday, December 11 at 5pm for a special matinee, when children get to play an important part in deciding the winners.

There will be sixteen acts on both evenings; comprising a mix of soloists, groups, duets and trios, with lots of singing and plenty of comedy to keep the audience entertained right through.

Although the acts themselves are being kept tighly under wraps to ensure a surprising show, the Leader can reveal the names of the talented performers taking part, including the following:

“It was just a follow on from our last fundraiser, we said we'd do a Christmas Stars in Your Eyes,” explained co-organiser Majella Kelly,  revealing that proceeds from the event will be split between Mostrim Ladies GAA and the Ria Molly Leukemia Fund. Ria, who is connected to the Kelly family in Edgeworthstown, is an 11-year-old from Wexford who has recently been diagnosed with a rare form of leukemia.

“We have a wide age group taking part, from sixteen right throug h to the seventies,” Majella continued.

“The standard of singing this year is unbelievable,” added Cathal Kelly, a co-organiser and MC, alongside Brigid Duffy for the night.

Happily, co-organiser Deirdre Doherty revealed that Saturday has already sold out, but there were still tickets available for Sunday, during which Santa and Mrs Claus will greet the children in attendance. All kids who attend on the evening will also be given a special token which will allow them to vote for the winner of the 'Children's Choice' award.

As with Saturday night, there will also be a winner and a runner-up awarded, with each act having a stocking of their own where audience members can cast their votes by way of donations.

“Thanks to the Park House Hotel, the Green Community Centre and Seamus Gilchrist Snr for all their assistance, they've been absolutely brilliant,” Majella continued, extending a thanks to all of their generous sponsors.

To keep the Christmas spirit going in Edgeworthstown, some of the acts have very kindly offerred to reprise their roles for a once-off event in Our Lady's Manor Nursing Home the following week for their Christmas party.

Tickets for the Sunday show are still available at €15 per adult and €5 per child at Philip Quinn's or John Farrell's.