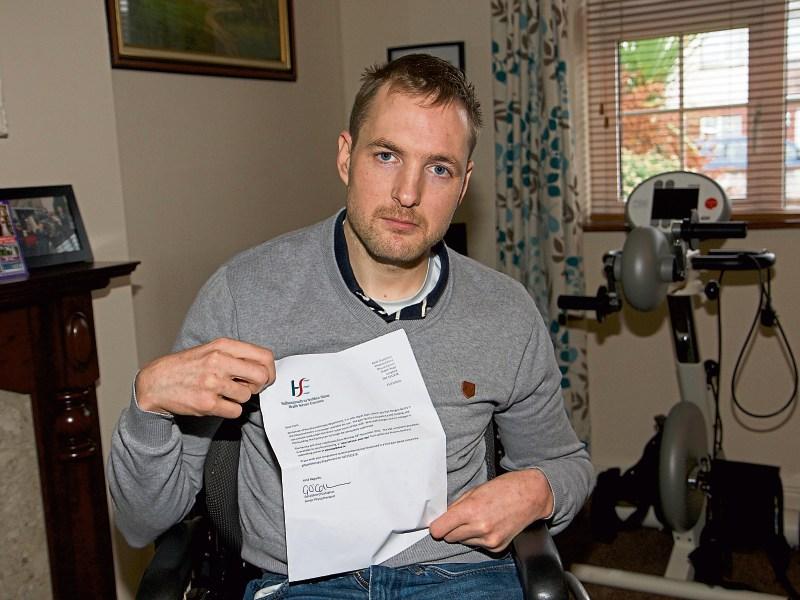 Service users of the gym at the Phoenix Centre in Longford town were informed by letter last week that the facility  would close from Monday.

Abbeylara native Liam Lynch, a wheelchair user had been accessing the gym facilities as part of his physiotherapy regime for a long number of months now, and was shocked when he received the letter from the Health Service Executive (HSE) last week informing him of the closure.

“As part of my physiotherapy I was using the gym for weight training,” he told the Leader before pointing out that it was accessible for wheelchair users and was perfect for his needs.

“I did upper body training and was doing that in blocks - each block lasted about five or six weeks.”

Mr Lynch says the closure of the facility came “out of the blue” and he was left shocked over the decision.

In the letter to the Longford man, the HSE said that it regretted to inform him that the gym facility in the Phoenix Centre would no longer be available for use.

“The gym facility can only be used under the direct supervision of HSE staff and with staff changes and no manager in the building, the gym can no longer be adequately supervised,” the letter continued.

“The facility will close indefinitely from Monday, November 28, 2016 and the HSE complaints procedure is accessible to you.”

Mr Lynch was also advised that if he wished to transfer or reassess  his programme at a local gym, he was welcome to contact the physiotherapy department in respect of that.

Meanwhile, for Mr Lynch he is left in limbo.

“I did a little bit of research after receiving the letter and I found out that the equipment at the gym is owned by the Disabled People of Longford (DPOL),” he added.

“There is a perfectly suitable health facility on the Athlone Road, so why not move the gym out there?

“I really enjoyed using the gym; I work three days a week so on the other days I got up early and went down to the gym for about 45 minutes and then got on with the rest of my day.

“Going to the gym was a really good start to my day for me and I looked forward to it.”

Nearly 70 people availed of the specialised service at the gym facility in the Phoenix Centre at Mount Carmel.

Deputy Robert Troy (FF) said that he had spoken to the Minister (Finian McGrath TD) about the matter and was shocked at how a decision in respect of “vulnerable people” could be made without any consultation with either the service users or their families.

“This was a specialised service and the callous manner in which it was handled beggars belief,” he added.

“I have spoken to the Minister about the matter and I know that the closure is going to be a major inconvenience to those who use it.”

In a statement yesterday  the HSE said,  “approval has been granted to proceed with the a temporary appointment of a temporary manager of the centre.”