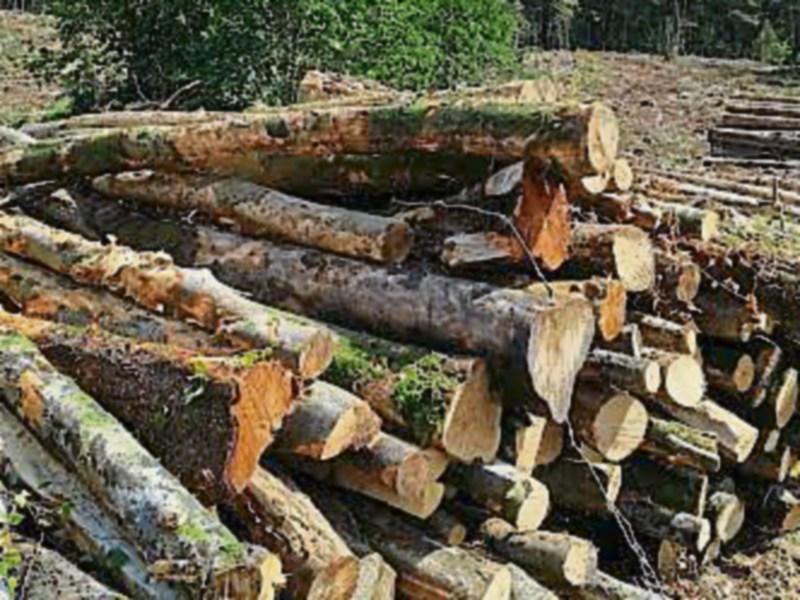 The Department of Agriculture, Food & the Marine has confirmed that it is investigating the alleged felling of oak trees at woodland in Newtownforbes earlier this year.

The oaks aged between 60 and 80 years old, were specifically protected under instructions issued with a 2014 Felling Licence at Castleforbes.

The protection was imposed at the request of the National Parks and Wildlife Service (NPWS) during the consultation period before the licence was issued.

Friends of the Irish Environment (FIE) made a complaint in respect of the matter and the issue was brought forward by way of a Dáil Question through Independent Deputy Clare  Daly TD.

“What went on at Castleforbes is a breakdown of the system of protection for ancient forests in Ireland, even though they may have the highest level of protection possible in national and European law,” a spokesperson for FIE said.

“If these heritage woodlands cannot be protected, woe betide the rest of Ireland’s vanishing native woodlands.”

FIE also claimed that it first reported to the Minister that the relevant licence allowed the taking only of ‘poor quality stems’ but now understand that the trees destroyed at Castleforbes included prime mature timber.

“On May 16 we wrote again informing the Minister of the existence of a Report confirming the felling of mature oaks at Castleforbes prepared by the NPWS,” the spokesperson continued.

“The Report, prepared by the NPWS for the Minister for Arts, Heritage, and the Gaeltacht in December 2015, was intended to inform a reply to a written Parliamentary Question from Longford-Westmeath TD James Bannon questioning the protection of this ancient woodland.

“It detailed the felling of oak, ash, and beech and stated that most oak trees selected were between 60 and 80 years old, with the occasional older trees.”