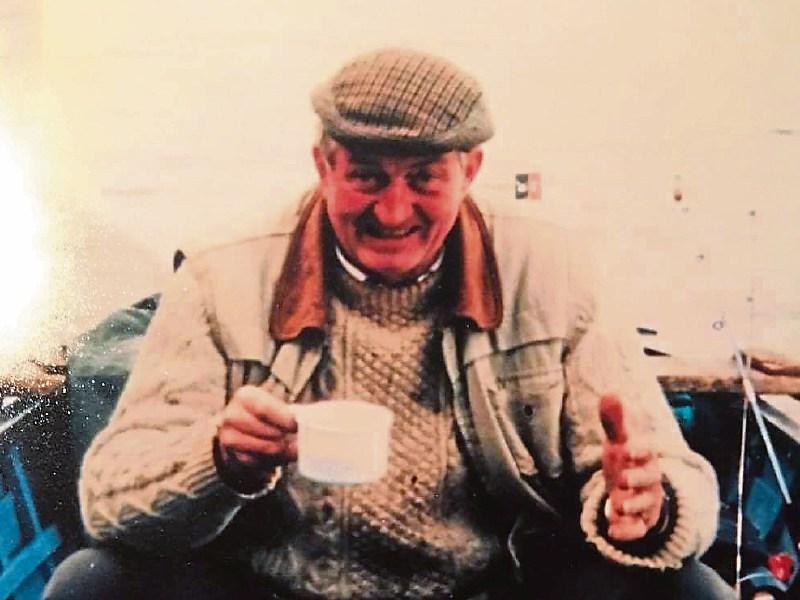 There was much sadness in Longford and the surrounding region recently as news spread of the death of Patrick (Patsy) Flynn of Linkview, Dublin Road, Longford town.

A proud native of Ballymacrowley on the outskirts  of Granard,  he and his beloved wife, Amelia, made a wonderful home for themselves and their nine children in the shadow of Longford Golf Club.

Born in June 1926, Patsy grew up on the family farm where his parents, Patrick  and Margaret, also ran a busy corn mill. Turning the locally-produced wheat into flour, it was an essential part of the local economy and community.

From those early days in North Longford, the young Patsy Flynn learned two attributes that he held dear for the rest of life: one was a fierce work ethic and the second was a wonderful understanding of nature. His early days were full of hard work  but in whatever downtime came his way he delighted in the wilds of the countryside.

His calling in life was as a builder and he launched his own business in the 1950s, which quickly became one of the most respected and sought after building firms in the region. To this day houses, schools and other buildings stand tall and proud around the county – testimony to his commitment to good construction  and attention to detail. One of the last major projects he  worked on was the old Social Welfare Offices on Church Street, Longford, immediately beside Connolly Barracks and now part of the Longford Westmeath Education Training Board (ETB) complex.

He married fellow Granard native, Amelia Meehan, and they enjoyed a wonderful life together and happily, celebrated 60 years of marriage together with family earlier this year. They were a warm and loving couple who delighted in their nine children. All remember their late father as a man who valued an honest day’s work above all else, and  instilled in them a deep desire to be the very best that they could be in life. Whilst the best known of their children is Ray, the famous track and field runner, Patsy had no favourites and followed all their endeavours, dilemmas and triumphs with the same vigour and passion.

His son Ray delivered a moving eulogy at the Funeral Mass and it was wonderful to hear how his love of athletics was instilled in him from the time that he had watched the Olympics on a grainy TV with his late father many years earlier.

A good friend of the family, Fr Peter Brady, former President at St Mel’s College concelebrated the Funeral Mass. Patsy had been a keen  fisherman  and was an enthusiastic fly fisherman. He enjoyed his long evenings and early mornings out on Lough Sheelin where some of  his fishing companions included the late Liam Og Glennon, Kevin Harney, Phil Ledwith (RIP), Michael Connellan and indeed on a couple of occasions, Fr Brady himself.

Patsy had a great sense of humour. Fr Brady recalled how on one occasion Patsy’s beloved boat, ‘Vincent’, was in the dry dock over the winter for painting. But when it emerged in the summer it had been renamed after one of his daughters, ‘Lorraine’.

With the fly season concluded, Patsy always looked forward to the pheasant shooting  and delighted in the first day of the season. But the great  passion that endured through the years for him was undoubtedly horse racing. He was a regular at the big meetings and had a special love for Listowel, Galway and Cheltenham. He wasn’t a big gambler but he loved to see good horses in action  and had a wonderful knowledge of the great national hunt horses from the near and distant past.

In latter years he took up bee keeping and kept a number of hives at the house much to the dismay of his beloved Amelia. He was an enthusiastic member of the Longford Bee Keepers group and was delighted when he was elected President. His wonderful jars of honey were legendary amongst family and friends  and whilst he didn’t draw attention to it, there is no doubt that he was  delighted to win prizes for his honey at a number of local shows over the years.

Patsy Flynn lived a long life and in the best of health until relatively recently; there is no doubt that he lived every minute of that long life. For his family he was a remarkable role model and in latter years he was especially proud of his grandchildren and great grandchildren.

He wasn’t an overtly religious man but he had a strong faith  and a deep sense of social justice, and a commitment to those  less fortunate  hallmarked his life.

He loved his sport, especially the GAA and of course his beloved Granard St Mary’s.  But almost every Sunday, he still found time to visit the nearby St Joseph’s Care Centre, where he sat for hours and shared sweets and stories with numerous residents,  who became friends over the years.

The death of Patsy Flynn marks the closing of another chapter in the social history of Longford’s Dublin Road. He was a larger than life character who accomplished  much in his 90 years, but understandably his passing will be felt most by his heartbroken family.

Patrick Vincent Flynn passed away peacefully on November 19 in St Joseph’s Care Centre, Longford, where he was surrounded by  his  loving wife Amelia; sons Raymond, Martin, Paul and Vincent; and daughters, Olive, Marie, Marguerite, Amelia and Lorraine. Predeceased by his three brothers, Michael, Johnny and James, he is also survived by his sisters Mary and Dolores; grandchildren, great grandchildren, nieces, nephews, extended family and a large circle of friends.

His remains reposed at St Joseph’s and were brought to St Mel’s Cathedral for Funeral Mass with burial afterwards at the old Granardkille cemetery.