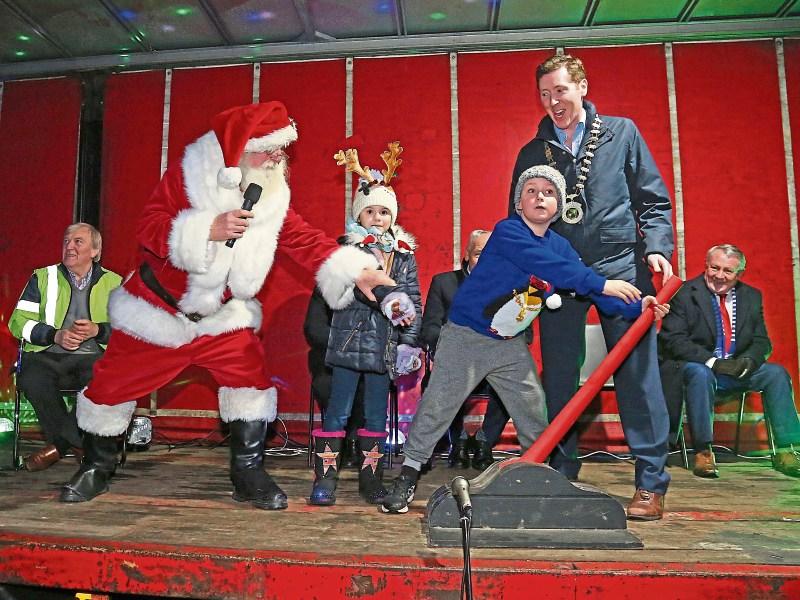 Longford retailers have given a mixed reaction to last week's  staging of the US-themed 'Black Friday' shopping extravaganza.

More than 100 retailers and local businesses took part in the time honoured American  shopping tradition as stores looked to set down a marker ahead of the Christmas shopping rush.

For hard-pressed shopowners, the feedback  in the days since has been decidedly varied, raising questions about the long term feasibility of the trans-Atlantic shopping phenomenon.

“Personally, it just wasn't as good as last year,” he said.

“Demand wasn't nearly what it was last year.”

To illustrate his point Mr Dobson said his decision to uphold the 'Black Friday' model on both Friday and Saturday this year paled in comparison to the one day shopping bonanza of 12 months earlier.

He did, nonetheless, hint that his chosen staple of wares may well have coerced bargain hunters to suspend parting with their hard-earned euros at least for the time being.

“Jewellery is the sort of thing that is often left to the last  minute,” he accepted.

It was an almost identically pensive sounding Therese Durkin who spoke to the Leader 72 hours after the curtain was brought down on Black Friday for another year.

“I knew it wouldn't be as good,” said the Longford town jeweller, who did admit to seeing a rise in footfall around the town.

“We lost an agency for a brand and that might have made the difference because I did have people coming in looking for it.”

In spite of the somewhat muted response from retailers, the message from local business representatives couldn't have been more divergent.

“We have been getting some excellent feedback from retailers right from the start of the day all the way through to closing,” said a buoyant-sounding Chamber of Commerce President, Derek Scanlon.

He said the challenges posed by the sterling's post-Brexit slump meant it was imperative towns like Longford pulled out all the stops to entice consumers to shop locally.

“What something like this (Black Friday) does is it shows people the value and choice that is available in Longford so that they then don't have to go elsewhere.”