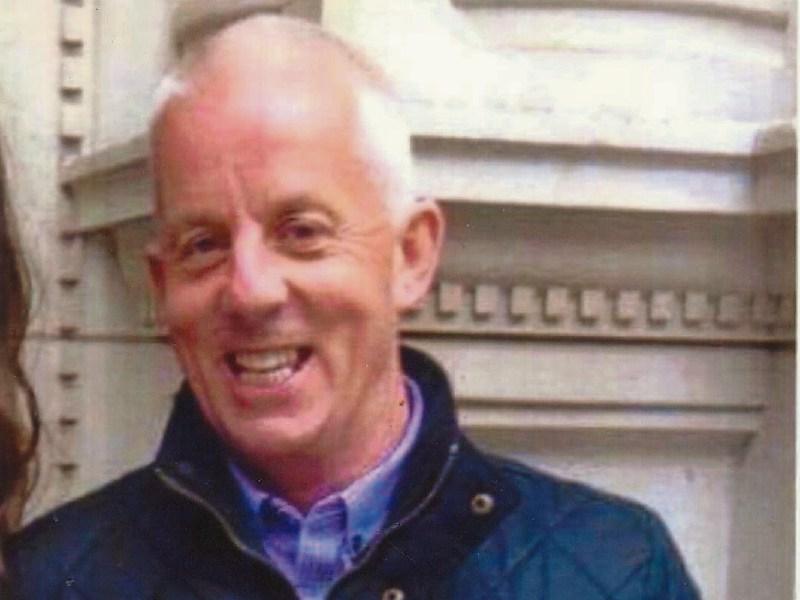 There was widespread shock and sadness at the passing of popular Colmcille man, John Frank McKeon of Smear Road, which took place in the Mater Hospital, Dublin on October 11, where he was surrounded by his heartbroken family.

John Frank started his working career on the family farm along with his parents, who operated a successful horticultural business and dairy enterprise. Later John Frank went to work in Ballinalee nurseries until its closure in the eighties  and then to Coillte, the State forestry board. He also worked in the construction sector during the Celtic Tiger alongside his brother, Enda.

John Frank had a lot of highs and lows in his short life – losing both his parents, Paddy and Rose and then his brother, Pat, five years ago, and then his father-in-law, Matt Gorham, Ballinalee. All these deaths affected him greatly.

John Frank took great interest in the GAA and was a prominent member of the Colmcille team along with his brothers Pat, Gerry, Ciaran and Enda, who all contributed to the rise in fortunes of a team that  had been at a low ebb. He started his playing career in 1979 when he won a junior league title  and later won a Div 3A junior league title in 1985.

He retired from the playing fields in the mid-eighties but continued to be a loyal and devoted supporter of his beloved Colmcille and he was proudly wearing the red and green jersey of the club when they won the senior championship in 2008. Poignantly the last match he attended was the Colmcille and Manning Gaels championship play-off tie in Monaduff earlier this year.

Above all else John Frank was a family man and this year he and his beloved wife, Helen, celebrated their 20th wedding anniversary. He took immense pride in his children’s achievements, endeavours and adventures. Indeed it is a great source of sadness for the family and also the wider community that John Frank will not be there to share in the next chapters of their lives and the good times to come.

John Frank’s life revolved around his family – his wife, Helen; daughters, Shauna, Caoimhe, Lauren, Siobhan, Niamh and son, Oisin. The family home was always a warm and inviting place where visitors were assured the heartiest of welcomes, especially those in need of advice, help or support. If John Frank could  do anything for you, it was done.

He was a wonderful neighbour and the first port of call in times of trouble. He was a man you could always rely on. This commitment was reciprocated when the community rallied behind the family in their time of deep sadness. A team of volunteers ensured that the proceedings at the family home ran smoothly at all times. Neighbours and friends maintained a steady flow of refreshments for all.

Special thanks also to Sister Michelle Gorham (Helen’s sister), who was a great support to the family in organising  aspects of the funeral behind the scenes.

Testament to the high regard in which John Frank was held was best exhibited by the huge numbers who called to the house to pay their respects and the enormous crowd who came for his Funeral Mass  and who were there as his remains were laid to rest in the nearby cemetery.

John Frank is survived by his wife, Helen; daughters, Shauna, Caoimhe, Lauren, Siobhan and Niamh, son, Oisin; brothers, Ciaran, Gerry and Enda  and sisters, Anna May, Margaret Roseleen and Bernie; his extended family and a wide circle of friends.

NOTE: The Colmcille GAA club, together with neighbours and friends, have organised a benefit dance for the family on Friday, December 9 in the Breffni Arms Hotel in Arva. Music on the night by Night Fever