Ballymahon tops in 'Battle of Wits' 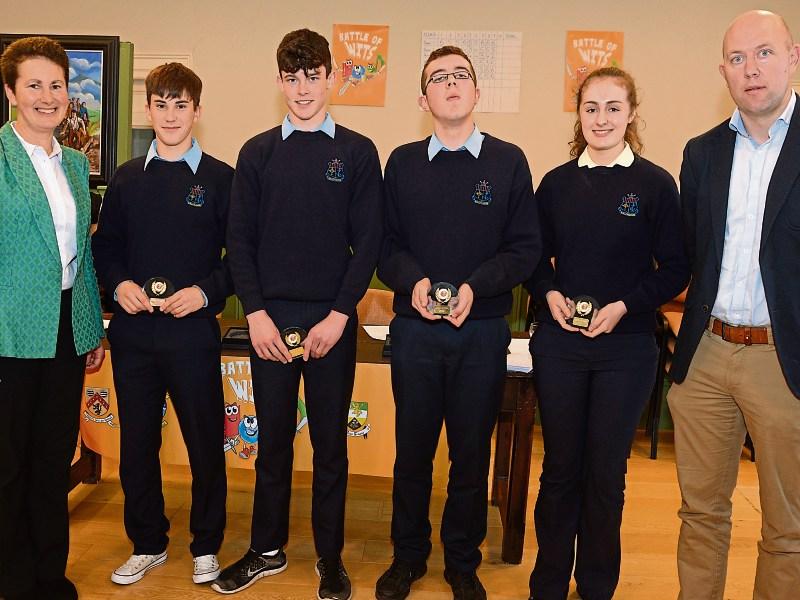 Ballymahon Community Library was the venue on Tuesday, November 15 for the annual Longford County Final of the Midlands ‘Battle of the Wits’ 2016 trophy.

This competition is a table quiz formulated for schools by the four Midlands Library authorities, Longford, Westmeath, Laois and Offaly.

The tournament is specifically aimed at Transition Year students. Each school held the first round of the quiz in October and selected a team to represent their school.

The winners who emerged on the day were Mercy Secondary, Ballymahon, Mean Scoil Mhuire Longford and Lanesboro Community College.  These three schools will go forward to the Regional Final in Athlone on December 7. The students were presented with their prizes by Cllr Paul Ross.

Longford Library would like to thank all the students and teachers for taking part in the quiz.  And a special thank you to the staff of Ballymahon Library and to Martin Morris, County Archivist for compiling and asking the questions on the day.