Longford man at the helm of new National Party 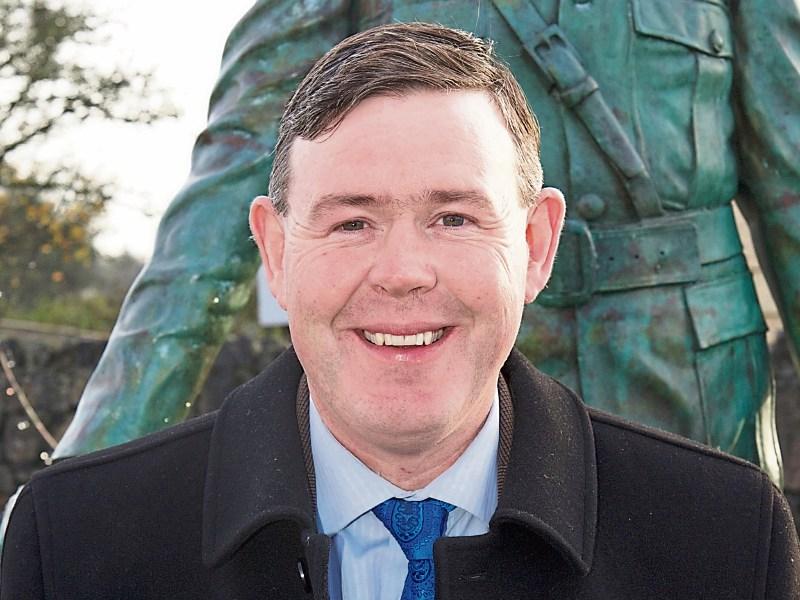 The Vice President of a new political party, the National Party, James Reynolds says the party was established to deal with the economic crisis and to regenerate rural Ireland.

Mr Reynolds, who is a native of Ballinalee, told the Leader this week that the time has come for the people of Ireland to emerge from the shackles of austerity and poverty, and move forward with an independent and nationalist view of where they want to be.

The new party’s ethos aims to “articulate a vision, to communicate that vision to the Irish people and to  seek a mandate from them”.

“This party is about radical new ideas to deal with the economic crisis and to introduce a  programme that will regenerate rural Ireland and help farm families to come out of the poverty trap they are in,” said Mr Reynolds, before pointing out that most farmers in Ireland were now selling meat and produce below the cost of production leaving them completely dependent on EU subsidies to survive.

“The majority of Irish farmers are in receipt of under €10,000 per year, so that will give you an idea of how bad things are.

“The National Party wants to bring forward legislation to ensure that farmers get a fair share of the retail price.”

Mr Reynolds also spoke about the Common Agriculture Policy (CAP) and its impact on Irish farmers.

“At the moment the majority of Irish farmers are locked into payments of under €10,000 and the National Party would be in favour of drastically increasing these payments,” added the Vice President of the party.

“Our aim would be to use our country’s resources so that CAP would be tailored to Ireland’s needs rather than to the needs of EU bureaucrats.”

The National Party also insists that the first duty of an Irish Government is to “an Irish people and that this duty can only be served by the national idea”.

“Ireland cannot simply be a transport hub for a global citizenry - it must be rooted, coherent and authentic to itself,” its manifesto reads.

“We do not find it acceptable that the Irish people be burdened with exorbitant debt, that our children must leave to find work, or that replacement level immigration goes unquestioned and unremarked upon by our politicians,” added Mr Reynolds who then pointed out that  it is very clear now that Eastern Europeans, in particular, had “been treated very badly”.

“We certainly don’t want to see Ireland leaving the EU: we believe that the country’s interests would be best served by staying within the singly market, but what we do want is a reformed EU.

“The people of Eastern Europe were treated very badly by the Soviets, but the reality is that most of the countries who then joined the EU after communism should not have been allowed to do so until their economies were built up.

“Big corporates  moved into Eastern Europe and bought up cheap farms and retail estates, decimating those economies even more.”

Mr Reynolds went on to say that since Ireland opened up its borders, nearly 830,000 immigrants have landed on these shores and this, he pointed out, “is just too much for a country the size of ours”.

“We are not able to cope with large numbers of immigrants; immigration policy needs to be reformed and the National Party also supports a common travel agreement between Ireland and the UK,” he continued.

“We also know that there are a lot of people out there who have been affected by unsustainable levels of debt and in many cases debt was forced upon people.

“Others were caught up in debt by the building bubble; now people are living in houses where the value might only be €100,000 and they are trying to pay mortgages of €200,000 on the property.”

He said the National Party wanted the laws of the free market to “kick in” in the above mentioned situations and the country’s €100bn EU reserves used to end the bank debt once for all.

“The bank debt was forced on the people of this country in 2010 and when that debt is finally sorted out, then the country will be in a strong position and then we could bring our put back and run our own economy.”