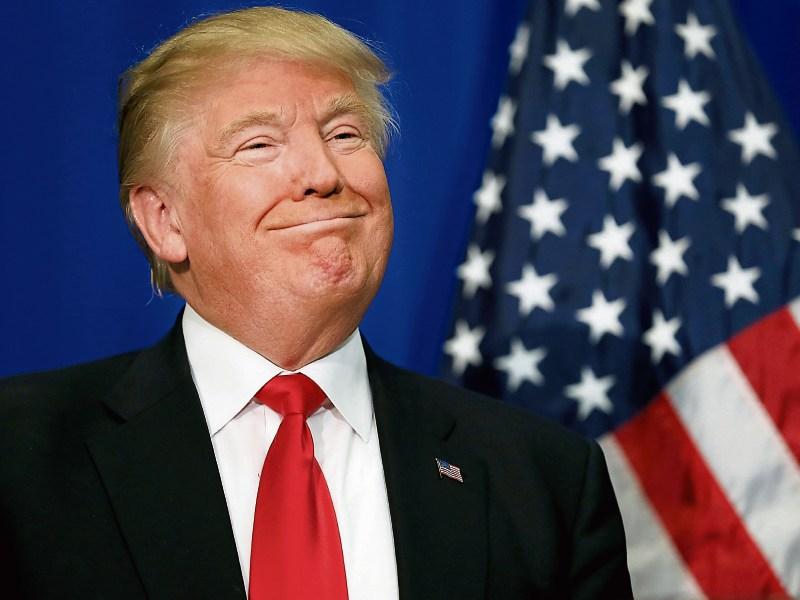 Donald Trump has confounded the experts with his barnstorming, blunderbuss, pseudo-aggressive style, and his unwavering dedication to rattling the cages of all around him.

Sometimes it's really hard to take him seriously, as nobody could be so black-and-white in beliefs as many of his utterances suggest. But he had to be heard.

He models himself somewhat like one of the old Wild West gangsters riding into town with both guns blazing away, hitting nothing, while making an unmerciful noise in the process.

Frightening the bejaysus out of every soul in sight, so by the time he gets to the end of the street everyone has gone into hiding.

Some of his suggestions are laughable in the sense that normally sane, objective, and intellectually progressive people are quite scared by the outrageousness of his rhetoric.

Maybe it's time for everyone to calm down, and think awhile.

Donald Trump is not some maverick brainless individual, whose sole purpose is to change the world completely, by invoking every power in his hand to make way for anarchy.

Yes, he comes out with some unbelievable statements, but if he's given latitude for not being entirely serious, then maybe they're not so unbelievable after all.

He has said some things that are really positive.

He's nobody's fool; he's not a career politician; he's a businessman; he has little or no connection to anyone with the reins of power.

There are many parallels with Irish politicians in what he says. Look at Fianna Fáil who first instigated the water charges; then completely turned around and eventually came to the point of rejecting them?

Then, upon coming to power they did a complete turnaround by pushing through the changes already under planning. Not in just one hospital, either.

November 2012 : "The concept of global warming was created by and for the Chinese in order to make US manufacturing non-competitive".

March 2013 : "Its snowing & freezing in NYC. What the hell happened to global warming?"

December 2013 : "Ice storm rolls from Texas to Tennessee - I'm in Los Angeles and it's freezing. Global warming is a total, and very expensive, hoax!"

January 2014 : "Any and all weather events are used by the GLOBAL WARMING HOAXSTERS to justify higher taxes to save our planet! They don't believe in $$$$! This very expensive GLOBAL WARMING bullshit has got to stop. Our planet is freezing, record low temps, and our GW scientists are stuck in ice".

October 2015 : "It's really cold outside, they are calling it a major freeze, weeks ahead of normal. Man, we could use a big fat dose of global warming!"

Whatever about the rhetoric, there's no doubt but that global warming is not a first time for the world to suffer from such a phenomenon. What about the ice age?

Followed by the big meltdown that created countries like Ireland?

Our mountain ranges were created by the melting ice. This took some heatwave to create enough high temperature, for long enough, to melt the huge mountains of ice that had occurred during the ice age. It's not the first time the earth has evolved.

Donald Trump is not an ideologue; he's a pragmatist. Simple as that.

Even Obama confirmed this after he met him recently. He said his successor comes to the White House with the benefit of having fewer hard or set policy decisions.

The media got the election totally wrong. Let's not forget that.

After all, what about the Vatican who in 1616 warned Galileo to withdraw his theory that the Earth moved around the sun? It took them over 300 years to learn otherwise.

Currently, we have huge marches (of mostly Democrats) paid for by the Democratic party to make noise about the election of Trump.

They could be wrong….