Massive funding boost for 'Taste of the Lakelands' 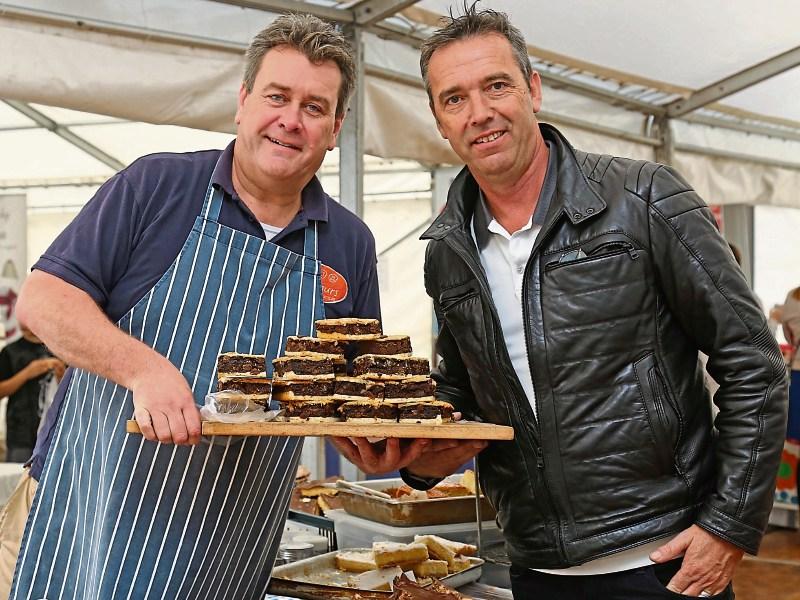 €67,200 in funding is on its way to the Taste of the Lakelands International Food Festival following its inaugural success last month.

The funding, which has been made available by the Agri-Food Tourism Project Proposals under CEDRA, will serve as a huge boost to the initiative which saw over 6,000 visitors to Lanesboro over the festival weekend.

As well as that initial funding, the Leader also understands that a further €20,000 will be made available to the project from Longford County Council’s budget.

Alan Farrell, Treasurer of the Taste of the Lakelands committee said that members   were delighted with the allocation.

“It’s marvellous really for Lanesboro and Ballyleague,” he added. “The festival has put Lanesboro back on the map and we fully intend running it again next year.”

He went on to say that the funding would ensure that next year’s event would be even better than this year's was, which means a wonderful weekend is in store come next October.

“We are getting great support as well from both counties - Longford and Roscommon,” said Mr Farrell.

Longford/Westmeath Fine Gael TD, Peter Burke confirmed the funding allocation last week and said it was being provided for the Taste of the Lakelands branding and promotion of a food trail in and around Lough Ree next year.

"The huge success achieved this year by the organisers reaped huge benefits for the economy around Lough Ree and Longford, and I am glad this initiative is being awarded significant funding for next year,” he added.

“Well done to the entire team for all their hard work.”

Meanwhile Deputy Kevin ‘Boxer’ Moran added that the funding for the initiative along the shores of Lough Ree would help build the Taste of the Lakelands Food Festival brand with the assistance of the festival committee at the Lough Ree Angling hub office in Lanesboro and Ballyleague.

“I am absolutely thrilled that this fledgling festival has received the financial support it requires to grow and thrive,” said Deputy Moran

“I wish the Festival every success for the future.”

Lanesboro  councillor, Mark Casey (Ind) said the overall funding allocation was warmly welcomed by everyone associated with the Lakelands initiative.

“This is    great news,” he   added.   “Well done to Michael Nevin Head of Local Enterprise Office Longford for submitting the application for funding.

“It looks like it will be a great Christmas around