Councillors issue plea for gas pipeline to be extended to Longford 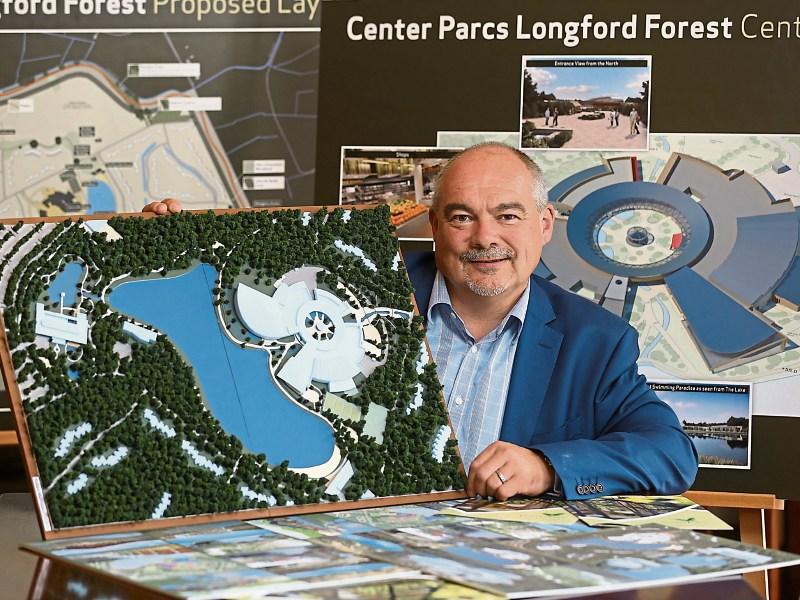 Center Parcs may still be exploring their options for bringing gas to the Center Parcs Longford Forest site, but for Longford County Council, there is only one option.

Calling on the Government and Gas Networks Ireland to ensure that the correct route and pipe size is selected when bringing natural gas to Center Parcs in order to benefit the entire County, County Council Cathaoirleach, Cllr Mick Cahill referred to proposals to extend the pipeline from Mullingar to Ballymahon.

“If this happens, it will have serious consequences for us because if it comes that way, it’s only going to come to Center Parcs on its own.

“It’s an opportunity we have now to try and do something about it, so I put down the notice of motion.”

Cllr Cahill’s call was seconded by Cllr Peggy Nolan, who added; “We cannot be as competitive as other areas if we don’t have the same facilities to offer.”

Urging her fellow councillors to put pressure on Government Ministers in respect of the matter, Cllr Nolan claimed; “We needed it years ago  but we definitely need it now.”

Praising Cllr Cahill’s motion, Cllr Colm Murray continued; “The wording that it has to come by the correct route and correct pipe size is essential in this one.

“There is a proposal on the table that it would be brought to Mullingar as we said and it won’t be adequate really to expand it to the rest of the county from Ballymahon which from an infrastructural point of view would leave us with a huge deficit going forward.”

“A small pipe coming down from Mullingar is grand for a while for Center Parcs but really we want to be looking at the bigger picture,” Cllr Gerald Farrell weighed in. “We’ve had a bit of disappointment in recent times with job losses and stuff but the potential is there for Longford.”

Chief Executive of Longford County Council, Paddy Mahon, revealed that a meeting had been held in August with Gas Networks Ireland. He added that under their rules and policies, they have to deliver the gas to the customer in what they deem to be the most economic way.

“That appears to be by coming to Mullingar,” he said, pointing out that for Longford to benefit, the pipeline must come from Athlone and must be sized to meet existing and future demands.

“It’s definitely something we shouldn’t allow slip by this time,” Mr Mahon added.

Weighing up his colleagues’ words, Cllr Cahill concluded the matter by saying; “I appreciate that we’re all singing from the one hymn sheet and hopefully we’ll be able to do what’s good for Longford.”