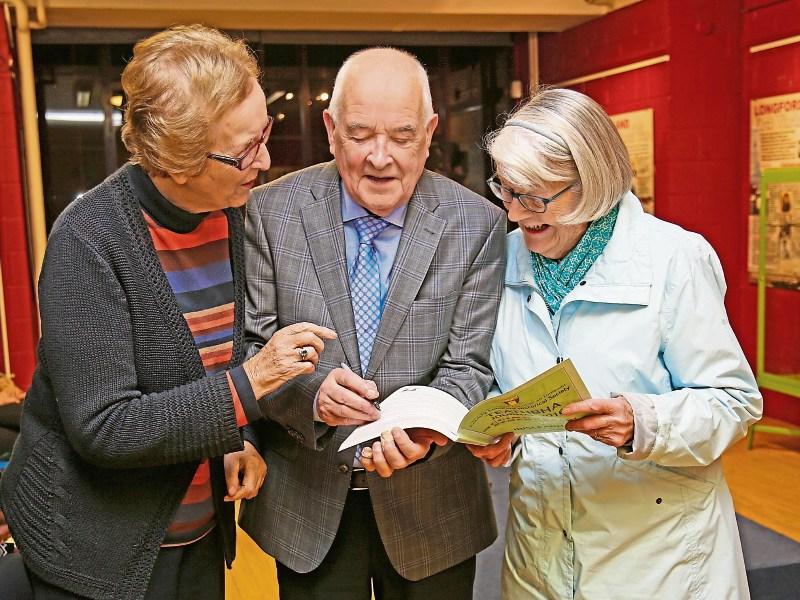 A new edition of Teathbha, the journal of County Longford Historical Society, now on the newsstands, was launched by Mary Carleton Reynolds in the County Library recently.

This year there is a particular emphasis on the Remembrance of the 1916 Rising and the participation of Longford people in that major event in our national history. The Great War and especially the Battle of the Somme in 1916 is also  covered.

There are also two articles on the 1917/’18 elections which saw the demise of John Redmond’s party and the rise of Arthur Griffith’s Sinn Féin. Dr Mel Farrell’s account of the 1917 South Longford election is of particular significance as that election involved complete political upheaval in this county.

Dr Fergus O’Ferrall, a regular contributor to Teathbha for many years and a native of Kenagh, has succeeded in what newspapers might term a “scoop”.  He gained access to a powerful document never before seen outside the Linen Hall Library, Belfast.  It is a personal account of an insider’s view of the workings of politics in the South Longford election of 1917, written by a nationalist lady from Belfast.

A young girl from Ardagh, Niamh O’Meara, writes on her participation in a project in which she “adopted” a Longford soldier of World War 1, John Mallon, who was killed at the Somme. She is pictured visiting his grave and placing soil from his native Kilcoursey on the grave.

Bishop Emeritus Colm O’Reilly has contributed two articles, one a very personal account of a family member who served in the RIC and who cheated death through the good offices of a Protestant minister.

The editor of Teathbha, James MacNerney, follows the story of another RIC policeman who served in many stations around the county and who kept a diary of his daily routine and the constant danger from the Molly Maguires or the Whiteboys or other such organisations.

John J McNamee, a native of Corglass, Moyne, now living in America, has been a prolific contributor to the journal over the years. He gives his personal reaction to 1916 and also provides us with a detailed look at old farming practices and a sometimes nostalgic view of his local rural parish as he remembers it.  The local poet and writer, Padraic Colum, whose father was born in Colmcille parish and who himself was born in Longford workhouse, features in one of Aidan O’Hara’s three essays, while the current chair of the society, Hugh Farrell,  who has a very keen interest in WWI and other interests, writes on a famous grave in Dromard’s Toberpatrick cemetery where Gen George Blake of 1798 is buried. Hugh points out that Blake was grand-uncle of Bram Stoker, creator of Dracula.

These are just a small sample of the wonderful and entertaining contents of Teathbha. The journal is extremely well produced and attractively arranged by Keith Millar.

As you would expect, it is being snapped up for Christmas presents at a mere €12 and for many pleasant hours of satisfying reading. It is available throughout the county in the usual shops – Aughnacliffe Post Office and Smear Stores; Moyne Stores and Corrigan’s Legga; Drumlish Kiernan’s Supermarket; Granard Macken’s Petrol Station; Edgeworthstown, Ardagh PO, Legan, Ballymahon, Longford Baxter’s Chemist, Newsround, Mollaghan’s Dublin Street. A beautiful present, a rewarding reading experience!