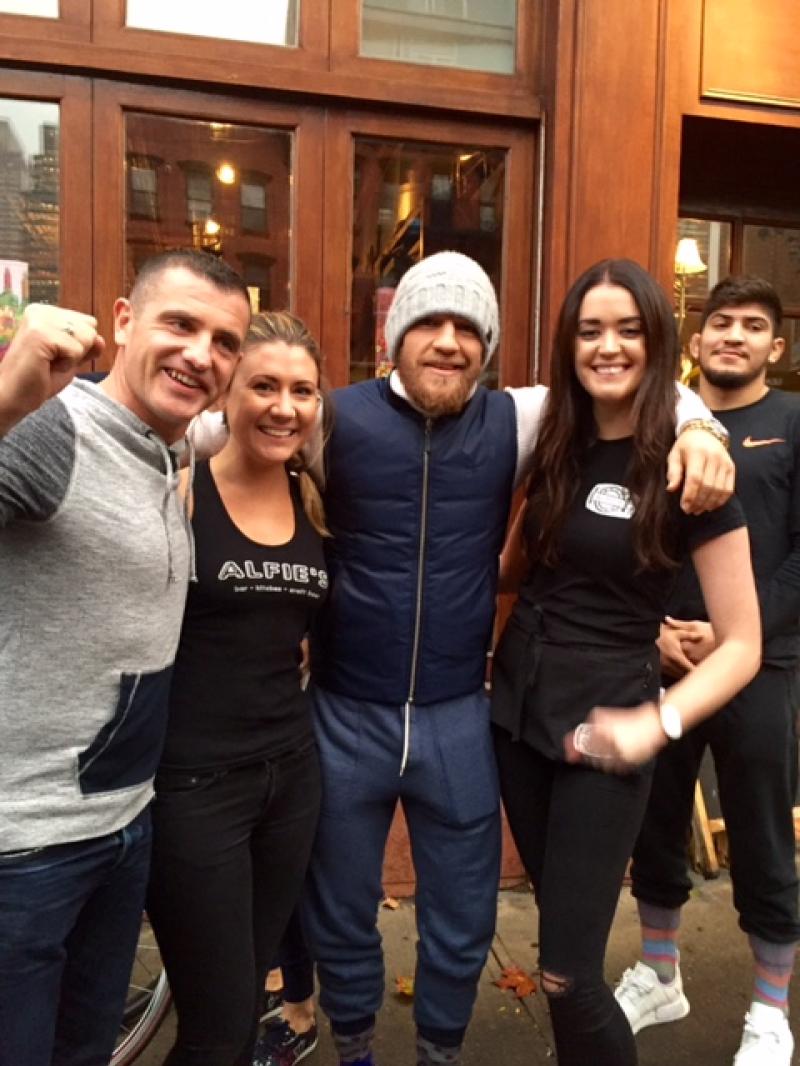 It seems that UFC star and double champion Conor McGregor is the darling of New York at the moment.

He is certainly enjoying his time there after that epic win over lightweight champion, Eddie Alvarez, at the weekend.

Nonetheless one of the world’s biggest sporting stars is anxious to get himself a bit of down time and with that in mind he headed to one of his favourite spots in the Big Apple.

That’s none other than Alfie’s, a hugely popular upmarket Irish venue with the emphasis on good food and craft beers.

It is run by Longford town native, Seanie Hayden, who left for the States a number of years ago. He is now one of the rising stars in the New York entertainment and hospitality sector.

Situated on the corner of West 53rd & 9th Avenue, the bar is in the heart of the US city and a stone’s throw from the fight venue and many of the city’s biggest attractions and entertainment venues.

McGregor has been a regular at the bar over the years and always tries to call in when he is in the Big Apple.

He enjoys the relaxed atmosphere there and when he called in this week, he mingled freely with the delighted customers.

Says Seanie Hayden: “We get a lot of the big sporting names in here and especially the baseball, basketball and football guys but obviously Conor caused a huge stir as he is very much in the limelight at the moment.”

The bar is very popular with Longford visitors to New York while Seanie himself tries to get home as often as he can.

A big sports fan he usually gets home for the All-Ireland finals and of course was one of the many Irish fans in Madison Square Gardens for McGregor’s memorable win at the weekend.

His parents Sean and Carmel Hayden, used to run a popular fruit and veg business on the Market Square for many years. They are now happily retired in Killoe.