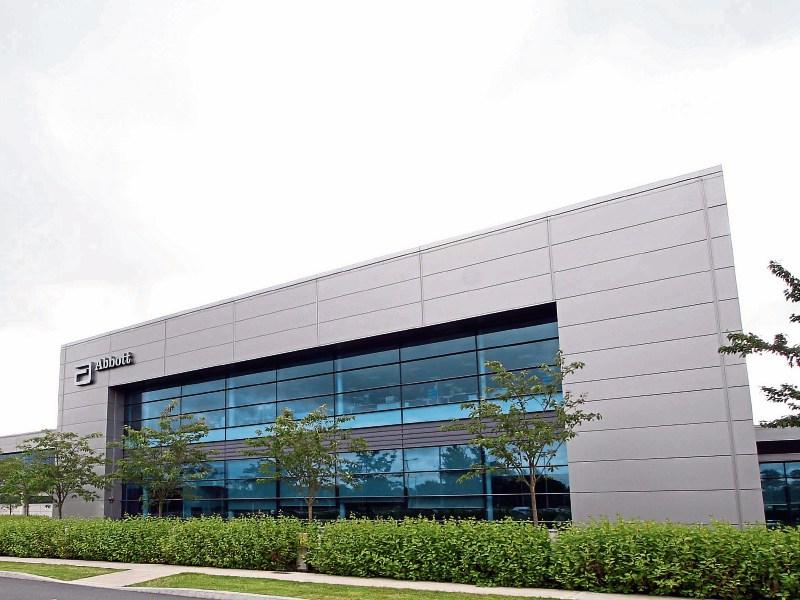 A US multinational's plans to build a 14 metre high manufacturing facility in Longford has put a severe dent in Donald Trump's plans to entice companies back home.

Abbott Ireland has been one of Longford town's largest employers ever since its arrival to the county in 2004.

More than a decade later, the medical  diagnostic provider has signalled its intention to expand its presence still further under a major expansion plan.

The details of that plan, encompassing an 1800 sq metre manufacturing facility and   1000 sq metre warehouse, was given the green light by Longford County Council last week.

Provision has also been made for more than 80 car parking spaces at its Lisnamuck headquarters on the outskirts of Longford town.

Giving his reaction to the news this week, Chamber of Commerce president Derek Scanlon said the announcement represented a major boost to the town's local economy.

“We are delighted to see that Abbott has been approved planning permission for a new facility,” he said.

As the symbolic voice of the business community in Longford, Mr Scanlon said Abbott's proposed  expansion   was indicative of the increasing confidence that's now being felt locally.

“We  believe it's a vote of confidence in Longford, its people and the talent companies like Abbott are able to attract,” he stoically added.

It has been rumoured Abbott hopes to compliment its increased physical scope with a jobs announcement totalling somewhere between 150 and 200 new positions.

The move comes just days after a key adviser to US President elect Donald Trump warned a "flood of companies" will leave under the new regime's tax plans.

Abbott, whose global headquarters is situated in Illinois, had been mooted as possibly one of the Trump administrations key targets.

However, Mr Scanlon said while those soundings had done little to soothe fears amongst the wider business sector, there were many other factors at play.

At the top of that list, he said, was the availability of affordable housing, a wide offering of recreational facilities and the lure of a highly educated workforce.

“The attractiveness for companies looking to expand goes  beyond tax benefits. And while there is worry and anxiety about what might happen, we have to make sure that we have a positive product to sell in Longford and Ireland as a whole.”