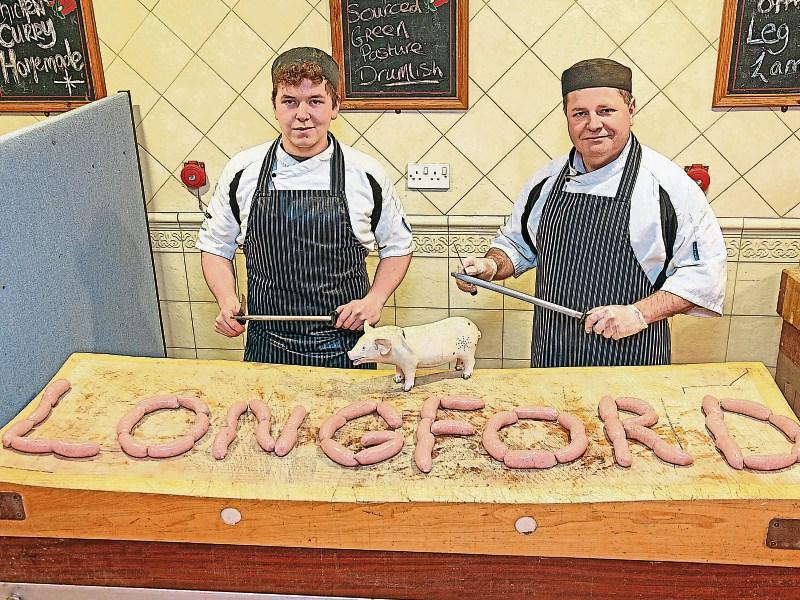 The prestigious achievement is just the latest accolade for the Ballymahon Street based businessman who just last month won an impressive number of awards in the Regional finals hosted by the Associated Craft Butchers of Ireland.

Beating off stiff competition from both provincial and national competitors a proud Louis said he was overwhelmed to have returned home with an array of awards this time round.

He said, “We came first in Ireland for our white pudding and first in the lifestyle sausage category for our turkey breast sausage (high protein low fat).”

Herterich’s also came third in that category with the lifestyle beef with sweet peppers sausage in addition to scooping second in the country for their gluten free sausages which are more and more in demand for those who have a gluten intolerance. This is a great sausage and tastes even better than the traditional breakfast sausage.

Herterich's Artisan Butchers were presented with their awards at the Ormond Hotel in Kilkenny by Minister for State Andrew Doyle.

Louis Herterich has been at the helm of the family run business for over a quarter of a century which was started by his parents in 1956 and celebrates its 60th birthday this year.

With the launch of the on line shop at www.herterichartisanmeats.ie customers all over Ireland are now shopping at Herterich Artisan Butchers Ballymahon Street, Longford.

“E-commerce has made our products available to a much wider customer base,” said Louis this week.