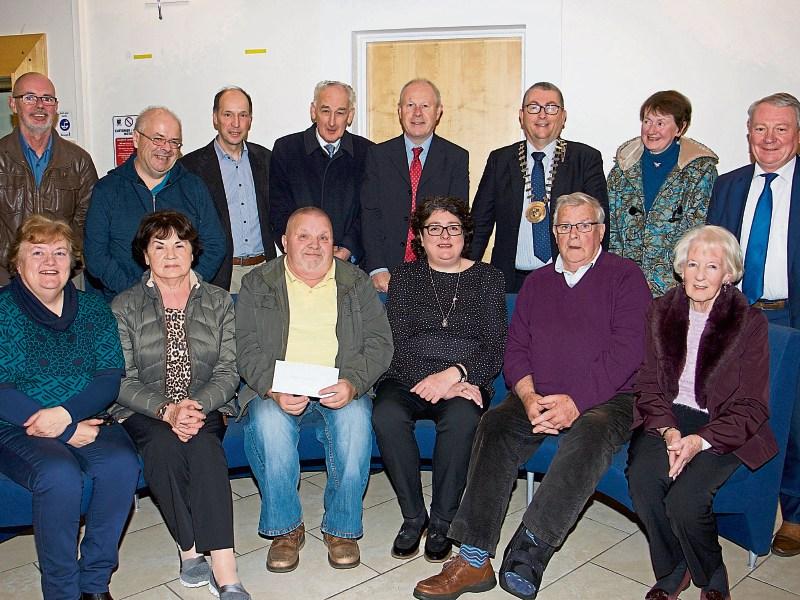 There was a great turnout at the offices of Longford County Council last week as Longford Tidy Towns came together to present their annual awards.

It was the first awards night for newly installed chairman, John Farrell, and the local auctioneer was at pains to pay tribute to his predecessor, Andy O’Dowd, who has tirelessly championed the cause since 2002.

The new chairman and all in Longford Tidy Towns were delighted to see Andy recognised at the recent national awards with a special presentation but most significant of all for Andy would have been the fact that this was the first year that the county town broke through the 300 mark barrier with a final tally of 302.

Said John Farrell; “Breaching the 300 is a major step and puts us right behind Abbeyshrule and Newtowncashel, two former national winners and ahead of another national winner, Ardagh. In a county  steeped in the Tidy Towns tradition, it is no mean achievement to see us rubbing shoulders with these veteran and revered campaigners and it deserves acknowledgement.”

The past few years have also seen interest growing in the group’s tidy estate league and annual garden competition and the various winners in this year’s categories were duly honoured.

The overall winners in the Super Litter League were Oaklands, just ahead of Viewmount whilst there was a most improved award for the hardworking Palace Crescent residents. Then in the area litter league, Ardnacassa Lawns & Midara Gardens took top spot ahead of Deanscurragh.

Teresa Browne from Abbeycartron was the overall winner in the front garden competition with Maureen Kilmurray a very popular second. James Dermody was the winner in the back garden section and second were James and Teresa Sweeney from the Battery Rd. Teffia Park’s Anthony and Jean Dowler won the container section whilst Mark Nallon from Palace Crescent was second in this section.

The evening also saw the presentation of a number of recognition awards for a handful of the ever determined and committed litter team and these included Geraldine Quinn, Frank McGarry, Peter Clarke and Baz.

MC was Joe Flaherty in his capacity as PRO for Longford Tidy Towns and he said 2016 had been a breakthrough year for the town.

He said: “Breaking the 300 mark was a huge achievement and is down to the stalwart efforts of the campaign veterans who have been with us from 2002. It was a dark time for the town  but what a change we have seen  and it is only fitting that a wonderful sculpture  now acknowledges those heroic efforts in the garden of remembrance on Great Water Street.”