Four times the success for kickboxer with Longford links 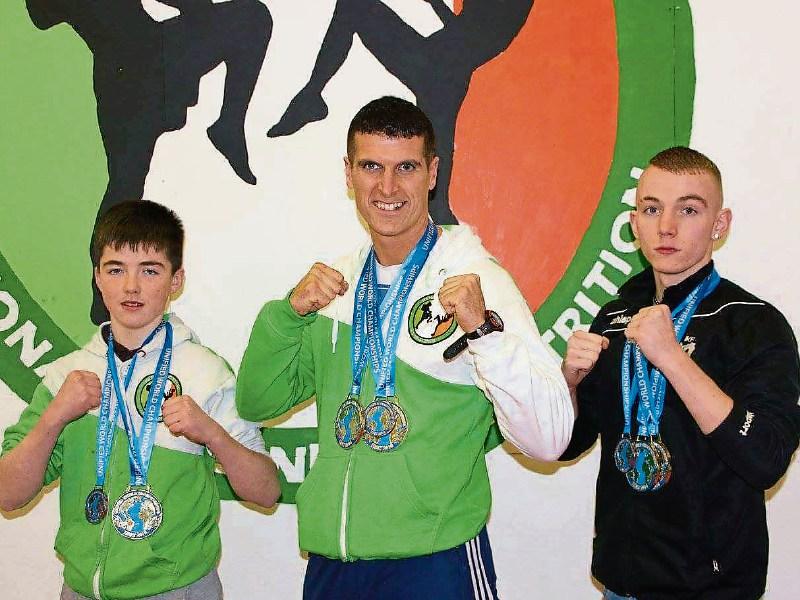 Hoping to bring home a medal from the Unified World Martial Arts Championships, Jordan McCarthy surpassed his own expectations by bringing home four!

18-year-old Jordan, the son of Tony (a native of The Green, Lanesboro) and Mary McCarthy, was representing Ireland in Italy in October, despite the fact that he only started kickboxing with Na Fianna, Athlone earlier this year.

In total, Jordan earned two gold medals - one for kickboxing and the other for low kick; a silver medal in UFR, which includes boxing, full contact and K1 kickboxing; and a bronze in K1.

“When I flew out I was nervous,” Jordan admitted. “My main thing was I just wanted to bring home a medal.”

Jordan fought seven times in total, which he revealed was something he had never done before.

“It was very exhausting,” he revealed, before adding; “It was a very good experience, even if I hadn’t one, I’ve only been doing kickboxing a few months!”

Looking forward to the next few months, Jordan will be fighting in Dublin and Derry, and, alongside his coach, he will be learning some MMA and UFC.

Delighted with his progress in Italy, Jordan had final words of advice to anyone considering the sport; “For anyone thinking about it - never give up on your dreams!”