Ballinalee siblings show 'How to' become a television star 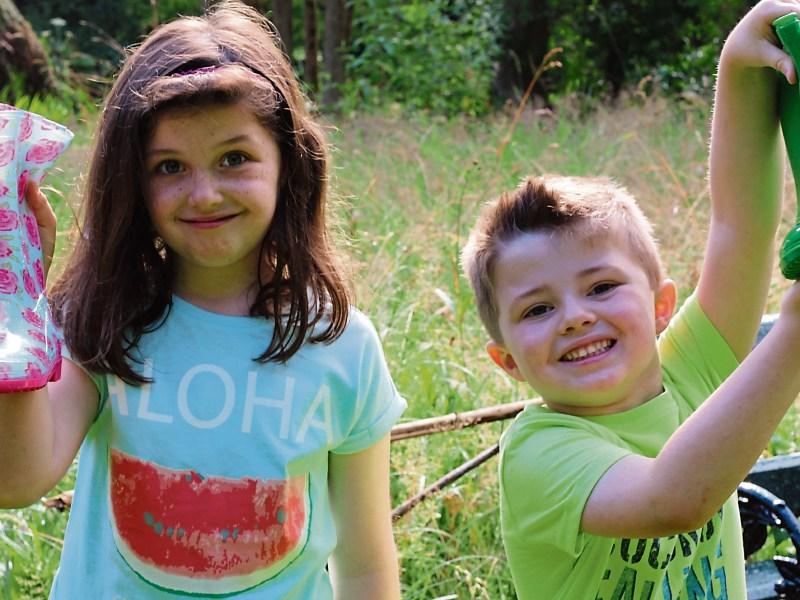 Two Longford siblings have taken on a starring role in a new series by RTÉ Jr thanks to the Macalla Teo production company.

Lisa (7) and Liam  (5), who live in Ballinalee with their mum and dad, Lorraine and Seamus Kiernan and sisters Aideen (14) and Emma (10), are just two of the faces behind RTÉ Jr's 'How to do Everything'.

Revealing how the duo got the role, mum Lorraine explained that Aideen had spotted  an advertisement from Macalla Teo, looking for children to submit videos, themed 'How to blow bubbles'.

Recorded by  Aideen, the two Scoil Samhthann, Ballinalee pupils made a minute-long video, explaining how to make and blow bubbles.

Two weeks later, they got the exciting news that they were chosen, out of more than 100 children across Ireland,  for the show, and got to spend three days in Wicklow recording their three episodes.

“It was beautiful,” Lorraine smiled, “and it was a great experience.

“It's something that they'll remember.”

The duo's three episodes have enjoyed their first airing over the past month, but can still be seen on RTÉ Junior, the RTÉ Junior app and on the RTÉ Player, as Liam and Lisa show everyone at home how to put on a shadow show, how to make an insect hotel and how to use a compass.

An undoubtedly talented team when it came to filming, Lorraine revealed that neither Lisa nor Liam take part in any drama or theatre activities. Instead, she attributed their skills to their playing.

“They're always playing so it came natural to them,” she continued. “Everything was natural, they had no lines.”

As to whether the young stars will return to the screen, Lorraine added;

“They'd love to do it again.

“They did enjoy it and they loved seeing themselves on the TV.