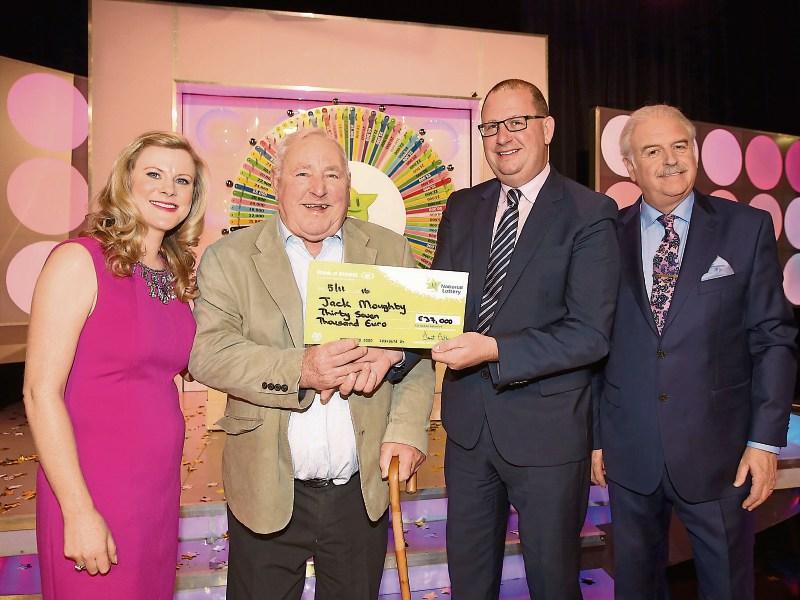 A Ballymahon man is €37,000 richer this week after appearing on RTÉ gameshow Winning Streak at the weekend.

Jack Moughty also took home a car worth €25,000 as part of his overall winnings.

The father of three was cheered on by his wife Breda, son JJ, granddaughter Heidi as well as nieces, nephews and friends.

In total, the popular weekly gameshow handed out €173,000 in prizemoney.