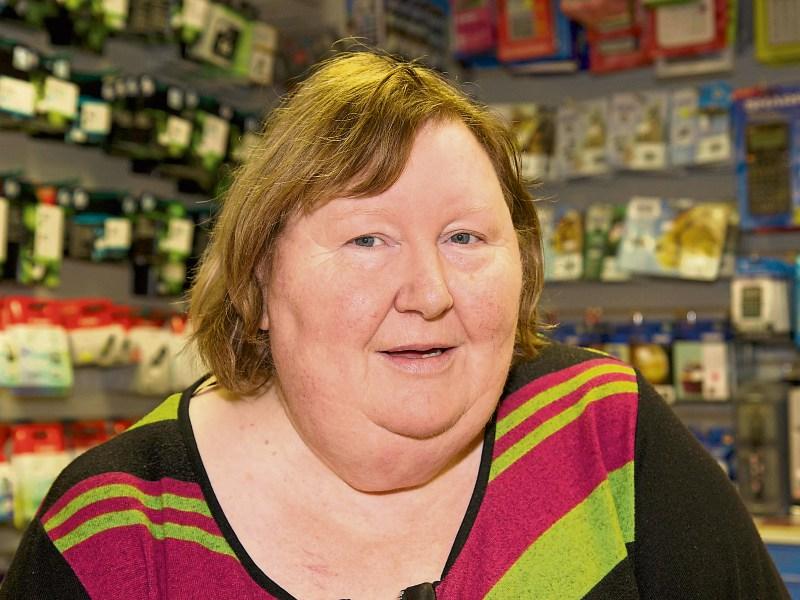 One day after the fatal stabbing which saw a 31-year-old man assaulted in broad daylight, and two days after a woman was tied up in her own home, the atmosphere around Longford town on Wednesday was one of disbelief.

The events of the previous days weighed heavily on shoppers and business people alike, as they shared their shock and sadness at what had occurred.

Indeed Jessie Brierton, of Jessie’s Bakery and Deli on Rue Noyal Chatillon, which was closed on Tuesday afternoon and Wednesday morning as investigations were carried out, admitted that she was in “total shock”.

Prior to the incidents last week, Jessie admitted that there was already an element of fear in Longford town.

“I’ve noticed some customers have come in here to me over the past six months and they would fear for the likes of their parents coming into town. They don’t like their elderly mother coming in to pick up her pension, or things like that.”

Tuesday’s events, she added, were bound to have an effect on the town.

“People will not want to come into the town,” she emphasised, before suggesting that an increase in Garda visibility would ease the situation.

“They have had the community guards in around here a good bit but it’s not enough. And they need to be coming in and visiting, they need to knock on the door and say ‘hello’ and ‘how are things today’.

“I know it’s not easy but I think that would make us feel a little bit more at ease.”

“We have several older customers and they park out there [Geraldine Terrace car park] and they’ll always ask if they can cut through the shop rather than walk around.”

Bernie was, however, hopeful that things could improve.

Carl Sullivan meanwhile stated that despite  the news of the past week and the fact that it has  been terrible, he still feels safe in Longford town.

“I’d walk this town any time of day or night,” the Carl Sullivan photography proprietor nodded. “I think we very rarely hear about things like this in Longford. We used to, years ago it was a common occurrence, but it’s not something you hear about now.

“It’s not nice, but it visits every town at some point or other.”

When asked what he thought about the many people who suggested that they would fear coming into Longford town in the future, Carl thought for a moment before responding.

“People say it. It’s not nice to hear. But I think that’s a knee-jerk reaction.

“I think people say that because it’s just the first thing that comes into their head.