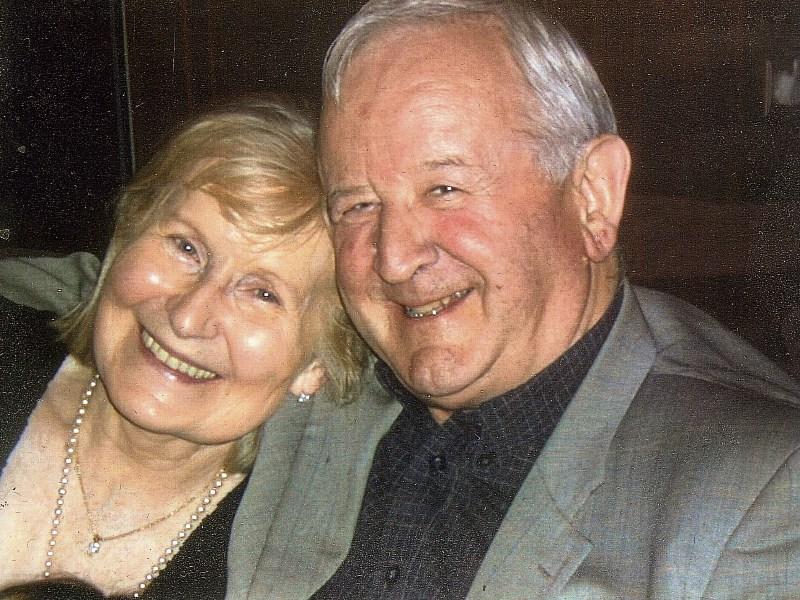 An era has come to an end with the passing within 24 hours of Longford town’s Jim and Anne Reynolds (84). The couple were one of the country’s most successful business couples but their’s was also an enduring love story.

Jim used to love to tell how he saw his  future wife at  the last dance before Lent. However  he  had to wait until Easter to pursue the young Anne Lenehan from Annaduff, Co Leitrim, who was regarded as one of the most beautiful women of her day. The couple were happily married for 53 years.

Jim Reynolds (85) and  his brother, Albert (future Taoiseach) were leading dancehall operators with a string of venues around the country. A school teacher by professional, Anne was busy raising the couple’s four children but she was also a huge influence in what was a diverse business empire. Jim Reynolds would always have regarded Anne as his greatest confidante and rarely ever made a major decision without deferring to her.

Jim is the last of the three Reynolds brothers to pass away and the surviving sibling, Teresa Reynolds, lives in Co Leitrim. The family grew up in Rooskey where their father, Packie, was a carpenter. He often said he would love to build a ballroom  beside the family home.

Young Jim was listening and set off for Australia  to raise the necessary money. He returned a couple of years later via New Zealand and New York but sadly his father had passed away and wasn’t there to see the opening of Cloudland and the start of a major business empire.

Jim was later joined in the business by his brother Albert, and they emerged as arguably the country’s foremost music promoters of their day and will be remembered as the men who first brought  big names like Johnny Cash & Roy Orbison to Ireland.

In the early sixties Jim purchased the Longford Arms Hotel and it emerged as the region's foremost wedding venue of its day. The family were also pioneers in the disco business with Ra Ra and Blazers. Throughout the 1970s ‘80s and ‘90s, the Longford Arms was the place in the region for weddings and at one point there was a two year wait to get a Saturday wedding in  the hotel.

Despite the nature of his business, Jim Reynolds was essentially a quiet man and he never purposely courted  the limelight and always preferred to remain quietly on the sidelines.  He had a huge appetite for work and the best way to motivate him was to tell him something couldn’t be done.

The flipside to that zeal and determination was his 53 year marriage to Anne. As news filtered through  of the couple’s passing,  close friends and family agreed that it was only fitting that they should take this final journey together. Sadly Anne was diagnosed with Alzheimer’s 19 years ago  and Jim’s care and attention   throughout that time reflected the respect and devotion they had for each other. Her latter years were spent in Laurel Lodge nursing home, where she received exemplary care, but Jim was a constant daily visitor.

At his peak Jim Reynolds was an extra-ordinary businessman and it is unlikely that we will never see his likes again. At one point he operated the Longford Arms Hotel, the Annaly Hotel and also the Fountain Blue motel as well as a couple of nightclubs and dance venues in the town.  In addition he had extensive property investments in Dublin and abroad.

But despite this zeal he was very much a man of the people. He never forget his Rooskey roots and for a man who had mixed with some of the biggest names in the music business, he was happiest and most at ease amongst  his own.

The Clipper Carlton were widely regarded as the country’s first showband when they kicked aside their music stands in 1954  and then set the dance hall alight with a raucous set.  They emerged as  the great stars of their era thanks to men like Jim and Albert Reynolds. They were always Jim Reynolds’ favourite group, and perhaps like the band itself, his career was one that didn’t conform with the norm and the result was a truly exceptional legacy.

Anne Reynolds (nee Lenehan),  passed away on  Saturday, November 5 and her loving husband Jim, died on Sunday,  November 6. The couple are sadly missed by their loving family, daughters Angela and Orlagh, sons John and James, daughter-in-law, son-in-law, Jim’s sister Teresa, his sisters-in-law, their grandchildren, nieces, nephews, relatives and friends. Their remains reposed at the the family home on Golf Links Rd, Longford and funeral mass took place on Wednesday, November 9 in  St Mel’s Cathedral with burial afterwards in Ballymacormack cemetery.