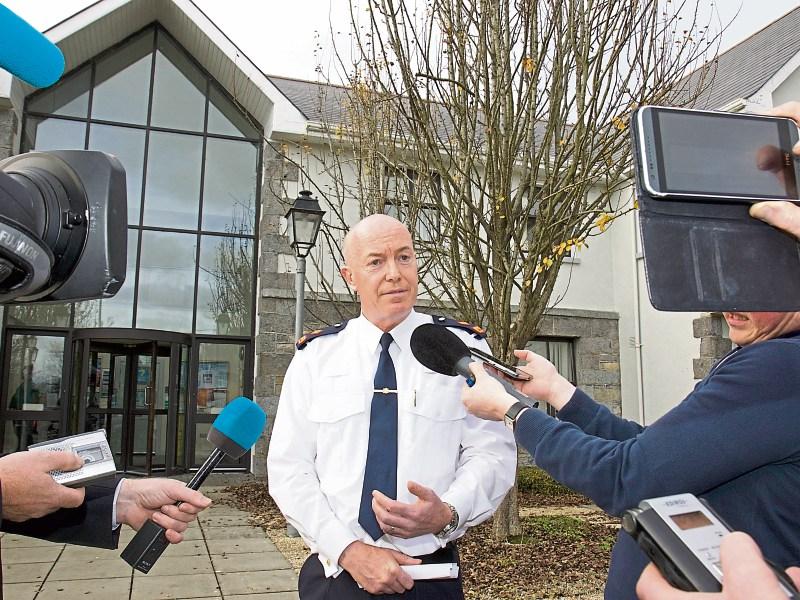 Gardai are pressing ahead this week with separate murder and aggravated burglary   investigations that occurred within the space of  a 48 period.

Witnesses are still being sought in relation to both in what was an extremely busy few days for Garda chiefs last week.

It all started during the early hours of last Monday morning (October 31)  when a three man gang burst into a woman's home and held her captive for over two hours.

The incident took place  at the Weaver's Hall apartment complex, just off the town's Market Square at around 3am.

The victim's four-year-old  son, who was asleep in a nearby bedroom was unharmed as the gang proceeded to ransack the apartment in front of the woman.

It's also believed at least one of the suspects was armed with what has been described as a small handgun.

The gang, all of whom were wearing disguises, made off with an undisclosed sum of cash and electrical items including a laptop and mobile phones.

Gardai were alerted shortly after 6am and an incident room was set up to head up the investigation.

As detectives began making enquiries, the  focus and national media spotlight was soon drawn  to  Longford barely a day and a half later following a fatal stabbing.

The 31-year-old had attempted to seek cover inside the centre but within seconds collapsed on the floor in front of stunned shoppers.

Despite being rushed to the Midland Regional Hospital in Mullingar, Mr Czajkowski was pronounced dead a short time later.

Within the space of a couple of hours gardai had conducted a number of searches, resulting in the arrest of a 24-year-old man.

He was questioned throughout the course of Tuesday and Wednesday and even had his detention time extended before gardai formally charged him later that evening.

Meanwhile, gardai have renewed their appeal for any witnesses in relation to both cases to come forward.

“We would still welcome witnesses to help us,” said Superintendent Jim Delaney, stressing those who do would be treated with the “strictest of confidence”.