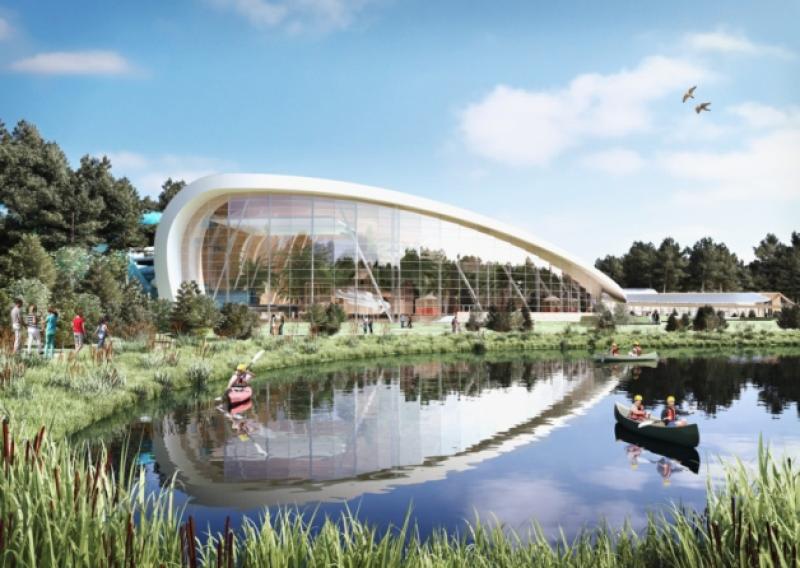 An artist's impression of the Subtropical Swimming Paradise, viewed across the lake, at the �233m 'Center Parcs Longford Forest' development near Ballymahon. Center Parcs has formally submitted its pl

Building work on the much anticipated Center Parcs Longford Forest has moved a step closer this morning with confirmation that the first in a series of construction related contracts has been agreed.

Officials from the UK based holiday village giant has shaken hands with Mullingar based construction firm Bennett Construction Limited to develop a footpath and security fence at the site in Newcastle Wood, Ballymahon.

The project entails the building of a four kilometre long public footpath and security fence around the perimeter of the 395-acre site.

Work on the public perimeter footpath, which will include a riverside walkway, is expected to commence later this month for completion in spring 2017.

This morning's announcement is the first in a string of contracts that are expected to be signed off on over the next number of weeks with the tender process to select contractors for the infrastructure, centre buildings and lodges at the village ongoing.

Center Parcs CEO Martin Dalby said the agreement was evidence of the firm's earlier promise to provide employment and financial support to as many locally based outfits as possible.

"It’s a pleasure to announce we will be working with local firm Bennett Construction Limited on the first part of the development of Center Parcs Longford Forest to get underway," he said.

"From the outset we have spoken of our commitment to working with as many local and national suppliers in Ireland as possible in both the development of our holiday village, and indeed when it’s operational.

"Today is an important first signal of the local economic impact our project will have.”