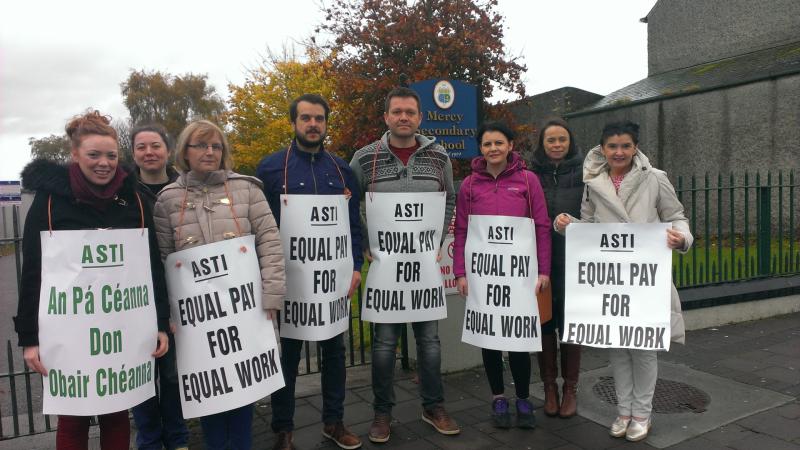 Moyne Community School looks set to be one of only a handful of schools nationwide that will re-open on Monday, the Leader can reveal.

The north Longford school's board of management have sanctioned the move after holding a number of meetings over the past number of days.

It's understood that decision hinged on talks with non-ASTI members over their willingness to cover supervision and substitution duties for those teachers who look set to return to the picket lines on Monday.

Another decisive factor was the school's decision to openly seek temporary supervision cover for students during affected strike days.

"With our school being a community school, we have two unions, the TUI and ASTI and with a couple of extras (supervisors) we think we might be okay.

"The plan is to open on Monday and then see how things are running and recruit more people if needs be.

"The problem is most houses these days have two people that are in full time work and when children are off they require supervision, so we are doing our best to keep the school open."

Mr Denning was keen to note that suitably deemed applicants who apply to the school to cover supervision, will be doing just that and not be tasked with undertaking class duties.

He also added the school was able to rely on a mobile text service and would be keeping parents fully briefed over the coming days.

Fellow board of management member and local Councillor, Paraic Brady said the scope of non-ASTI members available to the school was key to the board's decision to re-open.

"Moyne Community School is opening on Monday," he confidently declared.

"We have enough non union members and TUI members to keep it open."

Cllr Brady also heaped praise on all of the school's teachers, including those who are primed for a second day of industrial action on Monday.

"In fairness, we have to compliment the teachers. We have had a look at the programme and how certain (supervisory) slots had to be filled. Teachers and non union members who maybe wouldn't have been doing supervision have stepped in.

"Without that co-operation with the board of management we wouldn't be able to do what we are doing."

The Leader has also learned letters have already been sent out to parents of students who attend St Mel's College, informing them that the school is likely to remain closed on Monday.

A spokesperson from Meán Scoil Mhuire in Longford town was not in a position to confirm whether it intended to do likewise when contacted earlier today.

Efforts, meanwhile, to obtain a response from Cnoc Mhuire in Granard were unsuccessful, a similar scenario that also applied to Mercy Secondary School, Ballymahon.

Details, however, of the Moyne CS decision comes as hundreds of schools across the country face a second day of closure on Monday.

The ASTI has directed members to cease providing supervision and substitution duties when schools re-open following the mid-term break, as part of a dispute over pay and conditions.

Talks between the ASTI and the Department of Education are expected to resume either later today or over the course of the weekend in an attempt to broker some form of resolution.