From Drumlish to the Mediterranean on a rescue mission 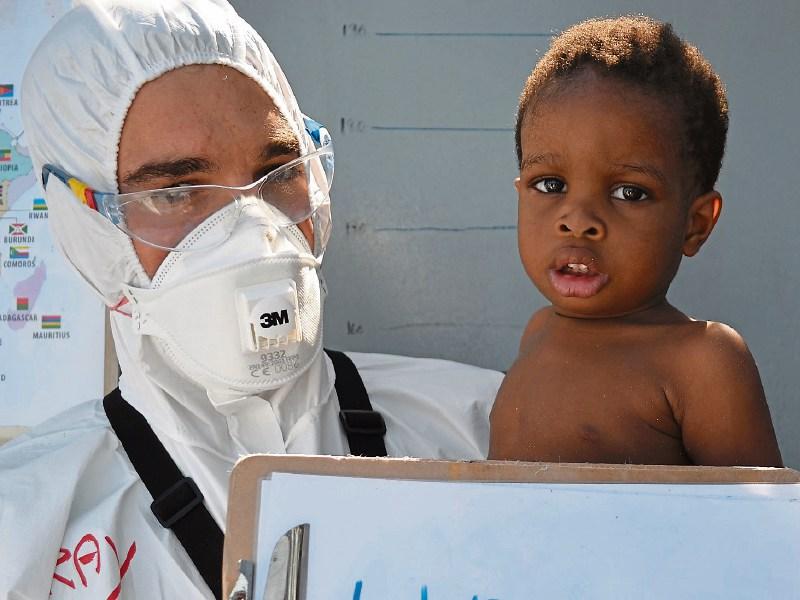 Over the past couple of months the Irish Naval Service in conjunction with the Defence Forces has been rescuing migrants escaping war-torn countries in mediterranean waters as part of Operation Pontous.

Drumlish native, Aiden Gray has been part of the rescue team for the past few months and while it has been a challenging one on a number of fronts, it is a mission that has brought the Co Longford man some clarity and a little time for reflection.

Mr Gray, who is the son of  Aidan and the late Phil,    joined the Defence Forces three years ago.

He completed a three-year engineering degree at Sligo IT and when a vacancy came up with the Defence Forces, he secured a position there.

He is currently in the Engineering Division on board the ship LÉ James Joyce.

LÉ James Joyce was deployed on July 8 and was on mission until September 30.

Meanwhile as part of Operation Pontous the Irish Naval Service continues to assist the Italian Naval Service which is leading the Operation approximately 14 miles off the coast of Tripoli.

The Naval Service is the Irish State's principal seagoing agency with a general responsibility to meet contingent and actual maritime defence requirements.

It is also tasked with a variety of defence and other roles.

The rescue mission has sometimes been a harrowing endeavour for Mr Gray and for the 60 or so other members of the team onboard the ships as they deal with frightened, hungry and often desperate people fleeing their homelands.

The team too has often found deceased people on the rafts, dinghies and wooden boats that the migrants use to bring  them to what they believe will be safer lands.

The hopes and dreams of many people, as we all know now, has been savagely taken away while aboard those often overcrowded and disease infested vessels.

At the beginning of October the Irish Naval Service’s LÉ Samuel Beckett successfully located and rescued 130 migrants during a search and rescue operation north east of Tripoli.

There is a fleet of eight ships altogether including the LÉ Samuel Beckett and LÉ James Joyce that have engaged in rescue missions so far this year.

Once on board, the migrants receive food, water and medical treatment where required and are then escorted back to Italy where the Red Cross takes over their care.

Mostly they are taken to nearby refugee camps then, where conditions are often very poor.

“It’s a very surreal experience when you walk out on deck and there are migrants being rescued,” Mr Gray told the Leader this week.

“My first time on a rescue mission, we saved 100 people and a lot of the people that come on board are very malnourished and dehydrated.”

LÉ James Joyce has rescued hundreds of people since it was deployed earlier this year and the Irish Navy’s ships have been involved in the rescue of over 10,000 migrants since Operation Pontous was initially launched.

“The role of the Irish Naval vessels,” added Mr Gray, “is to provide a search and rescue capability and to undertake humanitarian rescue operations at sea in the Mediterranean”.

He added: “Assistance to those who are in distress at sea is provided in accordance with the applicable provisions of international conventions governing search and rescue situations”.

Many of the people rescued by the Irish Navy Service are of African descent.

“When you see them coming on board the ship after being rescued, it can be heartbreaking to see because they are so desperate to leave their homes and reach safety,” the Drumlish native continued.

“I have nieces and nephews that are the same age as many of the children trying to escape with their parents; kids who have nothing and it really makes me think about things.

“When they come on board many of them are in shock - they are coming off small boats and trawlers with maybe 150 onboard, so conditions would not be good.”

Last week, following a request from the Italian Maritime Rescue Coordination Centre, Irish Navy ships located and rescued a further 118 migrants from a rubber vessel during a search and rescue operation close to the North East of Tripoli.

During the course of the operation it became apparent that the migrant craft was sinking and five people subsequently lost their lives.

On a separate occasion LÉ James Joyce rescued 700 people from a wooden boat where 16 of those aboard died during the attempted passage.

“Many of those that died had been on the lower deck and it is tough to deal with situations like that, but we work as a team and try to deal with every circumstance as best we can,” continued Mr Gray who also pointed out that many of the people leaving their homelands in search of safety are well educated, working or going to college.

“A lot of the young people that we have rescued want to work in Europe, make money and send it home to their parents; others don’t know what they want to do - they are just focused on getting away from the conflict and are going in hope of a better life.”

For now though, the Longford man is back on dry land and taking a well deserved break for the next few weeks.

Since its deployment, the LÉ James Joyce has saved 2,500 migrants from the Mediterranean.

With regards to the next mission, he is unsure where and when that will be, but what he does know is that the rescue work offered by the Irish Navy is vital.

“As far as I know, we will continue to be involved, but at the end of the day it is the Irish Government that decides,” said Mr Gray who entered the Defence Forces as a Petty Officer (PO) in 2013.

While the Irish State has a long-standing policy of non-belligerence in armed conflicts, including neutrality in World War II, the country’s  military capabilities are relatively modest. However, the State has a long history of involvement in United Nations peacekeeping operations.

The Defence Forces prepares for the defence of the State against armed attack and assists an Garda Síochána with the protection of the internal security of the state.

It also participates in peacekeeping, crisis management and humanitarian relief operations in support of the United Nations and polices the fisheries, in accordance with the State's obligations under European Union (EU) agreements.

It also engages in miscellaneous civil contingency duties requested by the Government such as search and rescue, air ambulance provision, providing secure air transport for ministers, assistance in the event of natural and other disasters, ensuring the maintenance of essential services and assisting in dealing with oil pollution at sea.