The Longford Rose who became a body builder 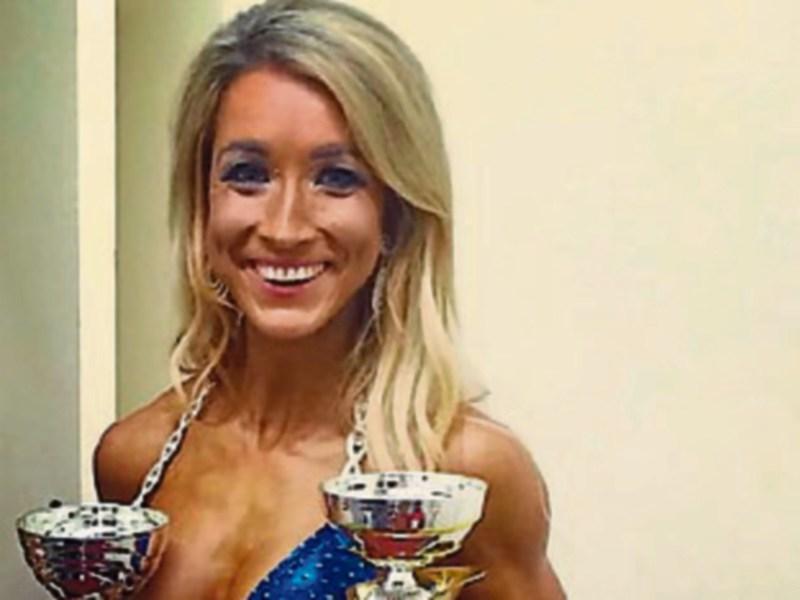 When former Longford Rose Aisling Farrell stepped into the gym for the first time last year, her primary motivation was to feel “a bit healthier and confident in myself” ahead of a holiday to Thailand.

What began as an attempt to do more exercise evolved into a journey into the world of bodybuilding.

“It was a bit of a gradual thing,” she told the Longford Leader.

“I didn’t really go to the gym much in college and it was my last year just before I went on a holiday.

“I started going to the gym but I didn’t know what I was at so I approached one of the guys in the gym and got some advice.”

The qualified medical doctor who represented Co Longford on the national stage at the Rose of Tralee Festival in 2013, last year approached former bodybuilding competitor Stuart Ward of Body Health and Fitness in Sandyford and it was he who introduced her to the art of bodybuilding.

“I first met him in UCD and he started training me,” she added before pointing out that the more she trained with him, the more she fell in love with the sport.

“He motivated me to keep it up and in June of this year I competed for the first time.”

Since June, Ms Farrell has competed in a number of competitions and has brought home several accolades to her native Tang.

But with a grueling work schedule, how does she make her fitness regime work?

“Really for me it is about time management,” she added before pointing out that she prepares her meals at weekends and therefore has the nutritional side of things organised in advance.

“I am then able to fit my training in around my work life; I really enjoy it.

“I’m finished in competitions for this season now, so I am focusing on a new plan  and a new season  in January.”

She added, “with bodybuilding it’s great because you know if you’re going to be working late you can go in early in the morning and you’re just accountable to yourself”.