Questions remain over when Longford schools will re-open 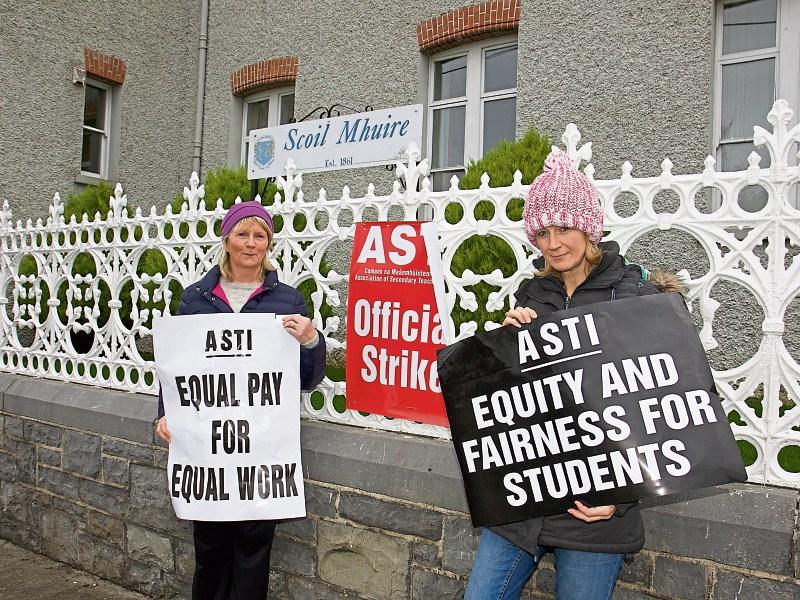 Hundreds of students currently on their Halloween break are still no nearer to learning when they will return to school as the ongoing teachers' strike intensifies.

Union members want teachers who began working in 2011 to be given the same conditions as their more senior counterparts.

Fresh talks between union chiefs and Department officials had been scheduled for yesterday (Tuesday) in a bid to avert further strike action next week.

The ASTI is standing firm in its plans to withdraw supervision and substitution duties following the midterm break, which would leave schools without teachers to supervise breaks or fill in for absent staff.

Speaking outside Mercy Secondary School in Ballymahon last week, Dolores McNamara warned the Government that teachers were very much united.

“But the government has to meet the ASTI half way for it to be resolved.”

Over the weekend, union officials recommended that members refrain from signing forms distributed in second level schools asking them if they were available to carry out supervision and substitution duties when schools are due to re-open next Monday (November 7).

Members have also been keen this week to hit back at suggestions that there was little sympathy for teachers amid claims of their  supposedly shorter working hours and lengthy holidays.

“All teachers do a full working week," said Jane Glennon, a teacher at Meán Scoil Mhuire in Longford.

"We do 40 hours plus a week. We have 22 hours' class contact time, that's the time spent standing in front of your students.

“But that doesn't take into account the time taken to prepare lessons, correct tests, meet students and if you're a practical teacher you have preparation to do.”