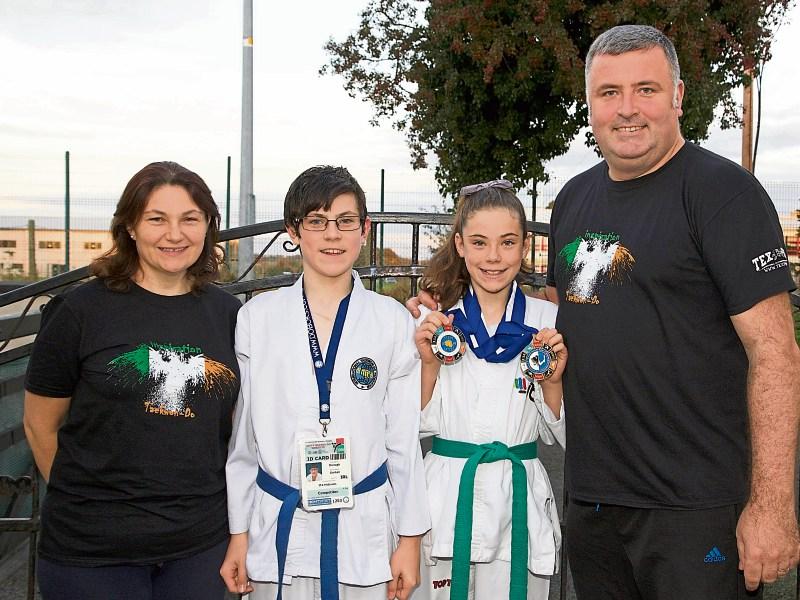 It was a successful trip to the sixth International Taekwondo Federation (IFT) World Cup in Budapest for Darragh Grehan from Edgeworthstown, who despite being knocked out in the second round of patterns came back strongly and performed very impressively in the individual sparring.

Having started training in Taekwondo when he was aged 9, Darragh travelled as part of the Inspiration Taekwondo team in the 12-14 category.

He underwent rigorous training for the past number of weeks to stay under the required 45kg for the competition which took place from October 12-16.

Darragh successfully got through his first three rounds, defeating opponents from England and New Zealand to progress to the quarter-finals. He narrowly missed out on a silver medal as he went down to his Hungarian opponent by one point.

Supported by the community of Edgeworthstown, Darragh’s mother Anne thanked all the local businesses who helped with fundraising and she extended “a special thank you to M. Bryan Mahon Inspiration Taekwon-do, Sparring Coach, who spent countless hours working on drills after class with the travelling party.”