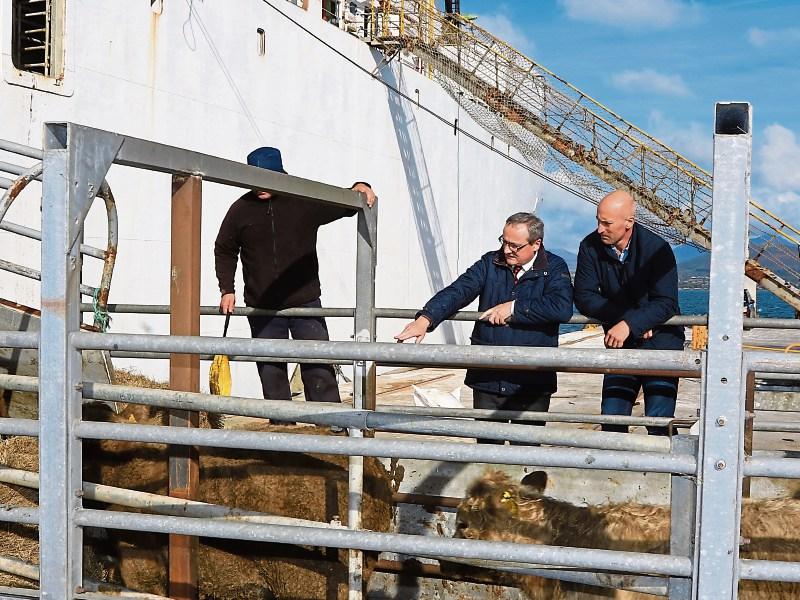 Padraic Gerety, Longford IFA Livestock Chairman, said another boat load of 3,300 cattle sailed to Turkey after a load of 1,900 cattle was exported in late September.

He described this as a very positive development for livestock farmers and pointed out that IFA viewed the loading of the boat, the Atlantic M, with Charlois, Limousine, Simmental, Angus and Hereford cattle under 12 months of age.

“IFA,” he added, “worked hard to get the live export market to Turkey opened and it is very positive to see ships moving and the benefits being returned to cattle farmers in marts all across the country”.

The IFA Livestock Chairman went on to say that the live export trade was essential for competition in the livestock sector and was never needed more than it is now.

“This is a time of low beef prices and rising cattle numbers,” he continued.

“Turkey is a major live export market and a great opportunity for the Irish livestock sector. Turkey has an import requirement for 400,000 head of live cattle annually and in 2015, the country imported 380,000 head of cattle from Europe and South America.

Mr Geraty said it was expected that several more ship loads of cattle would sail to Turkey between now and Christmas.

“IFA is lobbying hard for additional ships to be cleared to add to the capacity of the trade and this is expected to happen,” he concluded.