Many years of effort blossom to fruition for Mullinalaghta 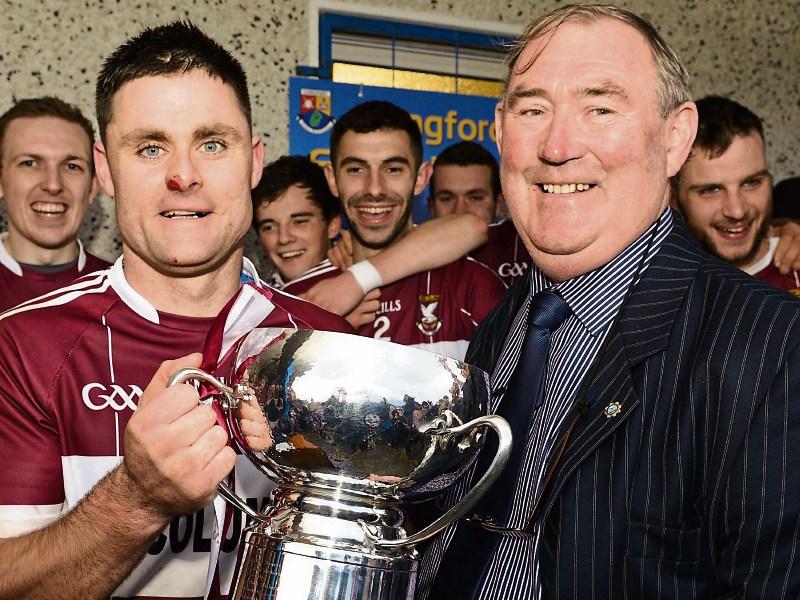 Seeing Mullinalaghta win the county final recently, made anyone who cares about football, its trials, tribulations, and personal demands, feel better about the sport.

The win took so much focussed energy, from half a parish with only eleven town lands, that made it all the more absorbing.

To win a county final is becoming more and more difficult, as mental pastimes combat ferociously in the heads of young men for recognition.

In Mullinalaghta like every other normal parish, most young men play football if they have the talent. But in Mullinalaghta something has been happening, unnoticed, for several years, and it's a long time back when I first spotted a ‘different’ Mullinalaghta emerging and taking shape.

Without a doubt this was a win by the parish, but along the way they became more composed and meaningful by the influence of Dan McElligott when he arrived and played for the team, and when his football thinking became more pronounced as time wore on.

Dan had a certain style, and although he had a continuing injury hampering him, he was a very stylish full forward.

I asked someone one day, and learned that he was in fact, from Kerry.

That clicked immediately as things that looked quite exceptional when seen happening at club level, were made to look very simple by the man called McElligott. At the time I hadn’t a clue who he was, or where he came from, but when I heard Kerry, all made sense.

Back in 1950 people like Mick Matthews; Packie, Johnny, Harry and Petie Rogers; Jack Keogh; Jimmy Reilly, were all present and playing and indeed it was reported extensively that Mick Matthews, RIP, swung the final in 1950 by his supreme effort.

History repeats itself, they say, and it was both ironic, and fitting, that the man who swung this final in 2016 was Aiden McElligott a direct descendant of Mick Matthews.

His score proved to be the catalyst, 66 years after the last county final win, when Aiden's  superbly taken goal just after half time, rocked Abbeylara.

Though Abbey recovered well enough to draw level again, the huge effort involved left them weakened. Meanwhile all through the game, John Keegan was a towering, elegant presence in the middle third. Operating from wing forward he consistently caught high ball, constantly put himself in great positions, catching and swiftly making precise passes to a colleague who was better placed, almost without being noticed.

A real man of the match performance.

This win did something very special for the Mullinalaghta parish.

The manner of their celebration is an example many teams could follow.

After they returned to Mullinalaghta, the first stop they made on entering the parish was to visit the graveyard, where a few years ago they went when winning the Leader Cup.

At that time, they vowed, and promised before leaving the graveyard, that next time, they'd have the Sean Connolly Cup.

Their promise came to pass.

This year, they went - without triumphalism - to the place where the members of the 1950 team lay reposing in the graveyard.

Tiny red candles waited lit on the walls, and Fr Peter Beglan, who was present at the 1950 County Final, spoke eloquently of that day, long ago.

In solemnity the team and substitutes went through the graveyard to the resting place of the ancestors of the current team.

Fourteen of the panel, are direct descendants of that historical side.

Years of effort have blossomed to fruition.

A long wait it has been.