Varadkar under fire over Cameron claim during Longford visit 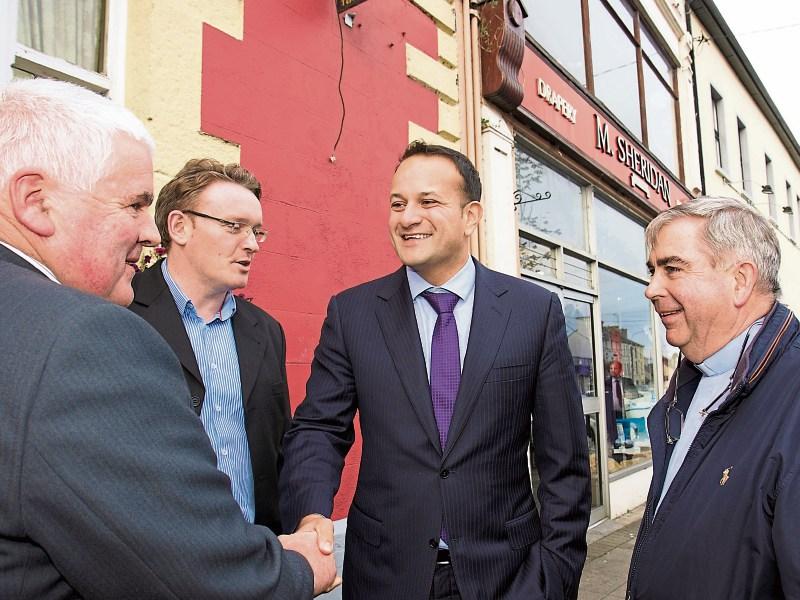 Minister for Social Protection Leo Varadkar is coming under increasing pressure to clarify his belief in suggesting the “vast majority” of 170 Cameron job losses can be reassigned locally.

The Dublin West TD made the claim during a day long visit to the county last week where he met local groups and departmental staff.

In an interview with this newspaper in Ballinalee, Mr Varadkar said  work was going on behind the scenes involving various state agencies to help those affected.

“The Enterprise Agencies and government agencies want to make sure that there is going to be alternative employment,” he said.

Deputy Varadkar said there were many possibilities currently being explored and even went as far as to suggest locally based multinational Abbott as a potential beneficiary from the fallout.

“We have looked at their skills profile and what's positive is that most of them are very well skilled in operative roles,manufacturing and engineering roles so we would think that with a little bit of help the vast majority of them would be able to get good employment elsewhere even in Abbott or other companies,” he said.

They were comments which drew sharp criticism from Fianna Fáil TD Robert Troy.

The Longford-Westmeath representative issued an appeal to Mr Varadkar to verify what prompted his decision to make such a claim.

“If what the Minister is saying then is true, of course, that would be most welcome but I would urge him to substantiate what he is saying with factual evidence,” said a hesitant Deputy  Troy.

One reason for harbouring  suspicions over  Varadkar's claim, he said,  centred on a meeting of Longford County Council's Corporate Policy Group (CPG) earlier this month.

Deputy Troy, who attended that meeting, said he was taken aback by the “somewhat discommoded” approach taken by various state officials during those talks.

And he launched a broadside at Jobs Minister Mary Mitchell O'Connor who declined to attend the meeting, opting instead to attend a Center Parcs media briefing in Ballymahon seven days previously.

“Don't get me wrong, I am not denouncing Center Parcs but do we really need it to be reannounced?

“My question is did the Minister say what he said on Friday with some knowledge?

“If he was that would be most welcome and I would encourage him and the relevant department to put every resource in place to make it a reality.”

Deputy  Troy, however, warned that should those claims prove to be inaccurate, the mooted front runner to succeed Enda Kenny as Fine Gael leader would have questions to answer.

“If it  isn't (true) he (Minister Varadkar) shouldn't be deflecting away from the real issues and giving people false hopes,” he added.

See www.longfordleader.ie for more on Minister Varadkar's visit to Longford.