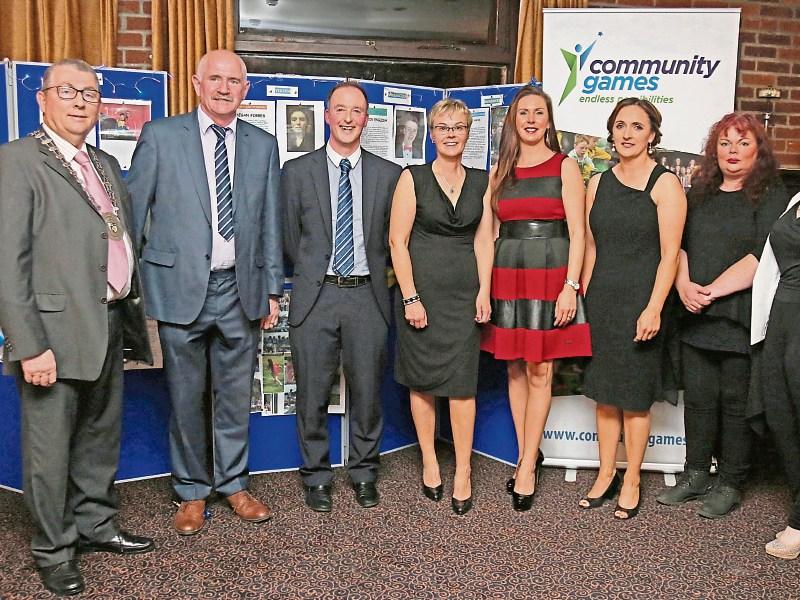 The dedication and unselfish work of committed Community Games volunteers across county Longford was recognised last Saturday night at a very successful gala awards ceremony in the Rustic Inn, Abbeyshrule.

Michael Meaney, representing Longford Community Games sponsors Pat The Baker, said they were delighted to be associated with Community Games and he announced that Pat The Baker will be extending their sponsorship for another year and this news was greeted by rapturous applause.

Mr Feehan congratulated Ballymahon/Forgney Community Games on winning the All-Ireland Best Area Award in 2015 and wished them every success at the National Awards ceremony in Ballinasloe on Saturday, November 26 next.

Longford Community Games secretary Shirley Maloney remarked, “Well done and congratulations to all our areas and volunteer adult and youth nominees who received their recognition awards. It was great to see so many areas coming out to support them and it was a very enjoyable night out for all our area volunteers who have worked so hard during the year.”

“Thank you also to the Rustic Inn for the wonderful food, decor and venue and last but definitely not least the Colin Galligan Experience who made a brilliant comeback and had everyone up dancing on the floor.”

Presentations were made to all the areas who entered their area participation scoring sheets and Area Adult and Youth Volunteer nominees.

For their coverage of Community Games events throughout the year Media Awards were presented to Alan Walsh, The Longford Leader and John Lynch, Shannonside Radio (Tony Ghee accepted on his behalf).

The overall Award winners will now go on to represent County Longford at the National Awards  on November 26.