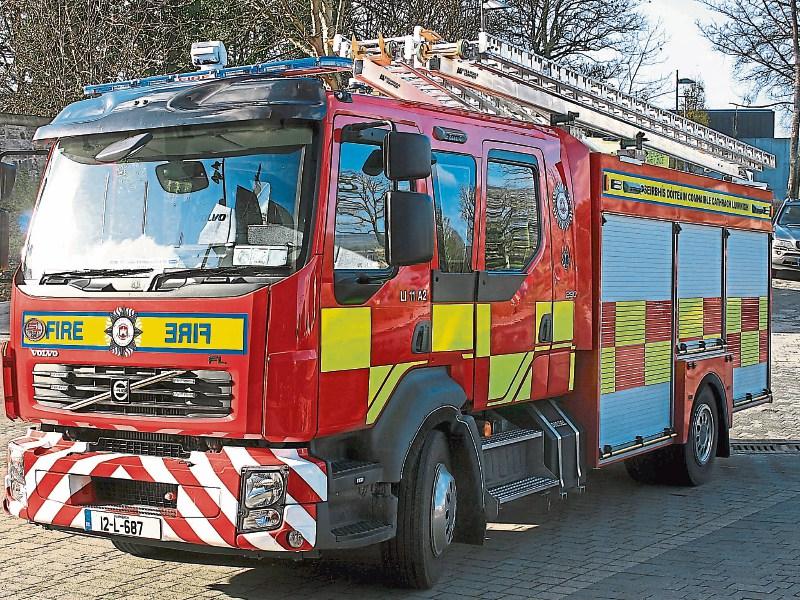 A fire that broke out at the Fenelon Engineering plant on the outskirts of Longford town last Wednesday was brought under control by the local fire services following its quick arrival to the scene.

Ray Fenelon, Fenelon Engineering told the Leader this week that the fire broke out inside the walls in part of the plant at around 9:30am last Wednesday.

He also added that the fire extinguishers at the site were not capable of dealing with the blaze which was spreading quickly internally.

“While we had minor enough damage, the fire actually started inside the walls and the fire extinguishers weren’t able to get to it,” he added.

“It was beginning to spread across the insides of the walls and we were not able to get to it but Longford Fire Service arrived very quickly which was great.”

Mr Fenelon said it helped that his plant was located  close to the fire station but nonetheless a potentially devastating fire was avoided.

“The speedy response of the fire service was a big help; I know we are beside the fire station here but they were out within minutes and were able to bring the fire very quickly under control.”

Meanwhile, there was minor damage caused at the plant as a result of the fire and it was business as usual for Fenelon’s in the immediate aftermath of the incident.

“There was minor enough damage done - it’s nothing that can’t be fixed and that’s the main thing,” concluded Mr Fenelon.

Fenelon Engineering employs around 70 staff and is a well established in Longford town.

Meanwhile, in the early hours of Monday morning last, two units of the local fire service attended the scene of  a fire at a vacant house in Edgeworthstown.

Nobody was injured, and the fire - which took hold of the first floor and attic level of the house - was quickly brought under control.

Gardaí are currently investigating the matter.