Edgeworthstown man proposes with message on a bottle 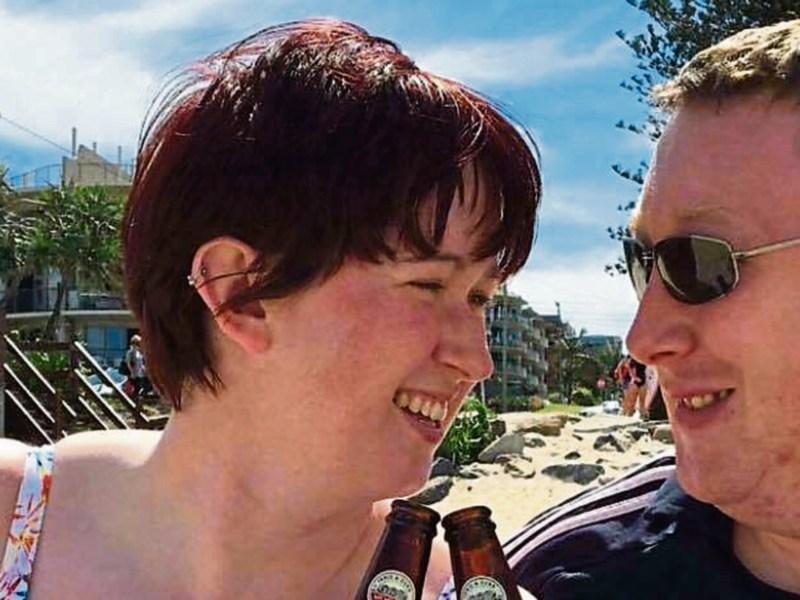 Some say romance is dead, but those who have heard about one Edgeworthstown man’s proposal would beg to differ.

32-year-old Bryan Keenan, son of Geraldine and the late Jack, Marian Avenue, proposed to his girlfriend, Patricia (Trish) Kavanagh at the beginning of October at  King's Beach in Caloundra on the Sunshine Coast, with a ring containing her birthstone and a personalised bottle of Innis & Gunn beer.

Bryan met the Kilkenny native in their college town of Carlow almost ten years ago and they have been based in Scotland for over eight years. They are now living in Kelty, just north of Edinburgh, after buying their first house together this year.

Bryan, a hotel Chef, said a proposal was always on the back of his mind, but after his father passed away last year, he decided to “get the ball rolling”.

As Trish had only recently finished her college course in Veterinary Nursing and the couple had just gotten the keys to their house, they decided to keep her 30th birthday low-key. They enjoyed a dinner with Trish’s sister and mum, but Bryan surprised her with a three-week holiday to Australia, which he organised with the help of Trish’s sister Deirdre and school friend Aishling, who lives in Brisbane with her boyfriend Shane.

He also surprised her with a bottle of champagne, while he himself enjoyed some of his favourite Innis & Gunn beers to celebrate.

Sending a photo of the beverages to the company, they decided to get on board with Bryan’s proposal plans, producing a unique, custom-made bottle to help make the occasion “a little smoother”.

The real work came in keeping the secret from Trish.

“As luck would have it, Trish’s family came to visit our new house a few weeks before we flew, so I entrusted Trish’s mum to bring the ring and the bottle to Ireland and not let on to Trish - no mean feat by the way!” Bryan revealed.

“She then passed it on to Aishling, who was in Ireland on personal business, to bring to Australia to have them there for me when we arrived.”

Flying out to Australia on September 17, the proposal was planned for Bryan’s parent’s anniversary (September 23) but due to unforeseen circumstances, it had to be delayed.

It was on October 2, after a morning of sightseeing with Aishling and Shane that Bryan popped the question.

“When we found a spot on the beach, the others went off under the pretext of getting a coffee to leave me to do the deed,” Bryan explained. “In reality, they were at a safe distance taking pictures and video recording the moment when I got on one knee.

“I waited until Trish was distracted and I offered her the bottle while I got the ring out. She wasn't sure what was going on until she read the bottle twice and looked properly at the ring.

“Then, amid smiles and sobs, she exclaimed 'will ya put it on me finger!',” he laughed.

“I took that as a ‘yes’, and of course I went to put it on the wrong hand!

“I was so nervous that day, but hearing her say yes just melted all the stress... That and it was like 32 degrees out…”

When asked if the couple had a date in mind for the big day, Bryan simply replied; “We don't have a date set just yet, but we are looking at 2018.

“As a friend of my granny told me, 'a long churn makes bad butter'.”