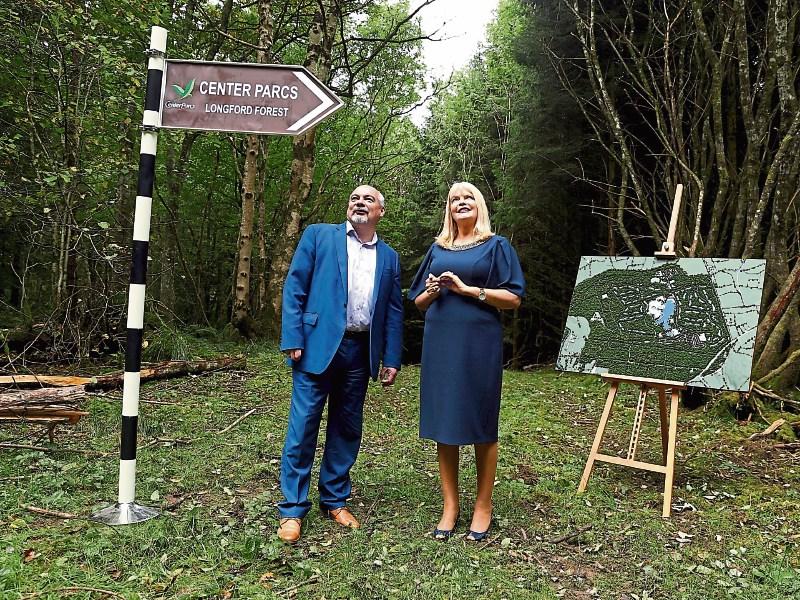 Preparatory work aimed at readying Center Parcs’ planned €233m leisure resort in Ballymahon for construction is to get underway in just over ten days time.

The UK short break holiday provider has announced plans to erect security fencing and commence tree felling at its 395 acre site at Newcastle Wood from November 1.

As a consequence, members of the public are advised access to the site will be strictly off limits from the evening beforehand.

However, those wishing to avail of Newcastle Wood can still do so through the locally named Jack’s Gate and Newcastle Bridge.

“Center Parcs advises the local community that security fencing around the 395 acres Center Parcs site at Newcastle Wood will be installed and tree felling activity will commence on Tuesday, 1stNovember 2016,” a statement outlined.

“For health and safety reasons, there will be no public access to the Center Parcs’ site from the evening of Monday, 31st October.  Access to the remainder of Newcastle Wood - via Jacks Gate and Newcastle Bridge - will not be impacted in any way.”

It’s envisaged work on the perimeter footpath around the site will get underway in late November for completion by early Spring next year.