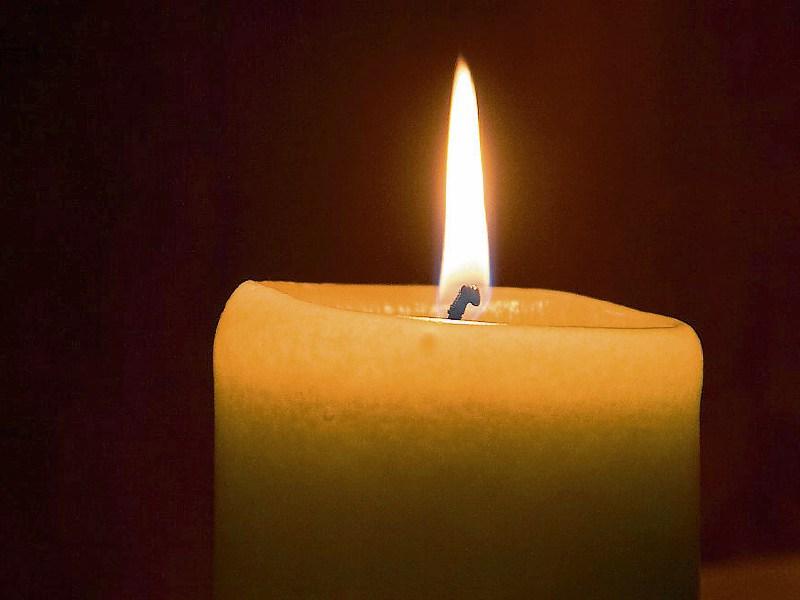 The recent death has occurred on Wednesday, October 19 of Peter Hagan, Carryglass, Longford and formerly of Ryne Killoe, County Longford, in his 94th year at Laurel Lodge Nursing Home, Longford.

Predeceased by her husband Danny, her daughter Anne and her son in law Sean. She will be sadly missed by her daughters Maeve and Nora, sons in law Mel O'Farrell and Tony Kemple, her adored grandchildren Emer, Grace, Sarah, Rachel and Niall, brothers in law, sister in law, nieces, nephews, relatives, friends and neighbours.

Reposing at the home of her daughter Maeve, Fermoyle from 4pm until 6pm on Wednesday, October 19 with removal to St Mary's Church, Lanesboro arriving at 7pm. Funeral Mass at 1pm on Thursday, October 20 followed by burial in Clonbonny Cemetery.