Mullinalaghta dare to be extraordinary 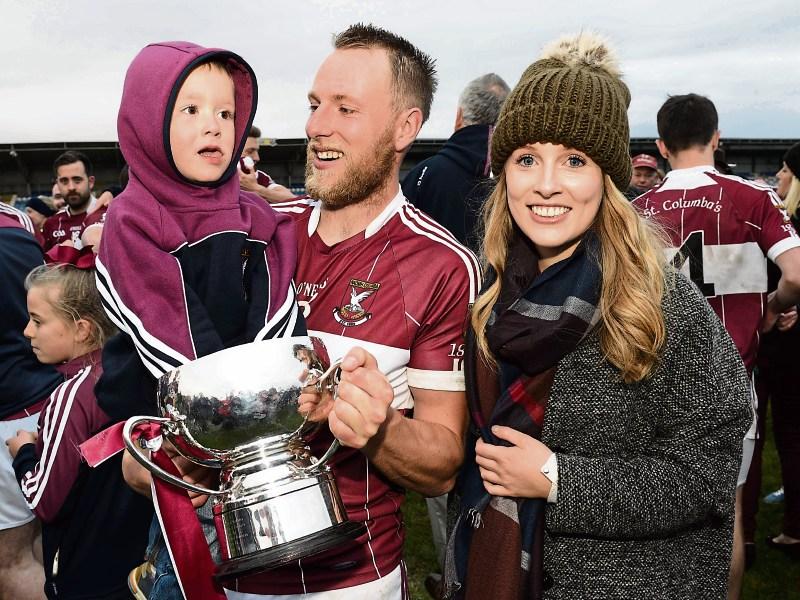 What’s seldom is wonderful. And how wonderful it was to be a Mullinalaghta person last Sunday when St Columba's clinched the Peter Hanley Motors Longford Senior Championship title in Glennon Brothers Pearse Park after defeating Abbeylara on a score line of 1-8 to 0-8.

The last time that happened the majority of people now residing in Mullinalaghta weren’t even born!

Therefore, what a victory this win was and what joy it brought to the furthest corner of Co Longford - to the ‘half parish’ and its people that nestle gently, quietly on the banks of the River Eirn and along the shores of Loch Gowna.

That was the first time.

So, the local mantras  ‘it’s a long time coming; this is our time’ - just a few of the sentiments that have been uttered in conversations across the north Longford parish over the past few weeks - were justified, hopeful even.

This was our time.

But when the final whistle blew last Sunday in Pearse Park,  there was genuine disbelief initially, among the Mullinalaghta supporters.

Could this actually be true?  Have Mullinalaghta just won the senior championship after a 66 year gap?

And then there was the cheering.

With a rush of blood to the head, so to speak,  the 330 or so Mullinalaghta parishioners/supporters - young and old - descended the steps and ran onto the pitch to cheer on their heroes, to hug them to clap them on the back and to thank them for realising the dream and bringing the Connolly Cup ‘home’ to Mullinalaghta for the first time.

Incidentally, the remaining Mullinalaghta inhabitants were on the team - “that brilliant team of men”, I heard some supporters say as they ran to cheer, to laugh and to cry.

Down on the pitch, there were scenes of jubilation; there were tears too but most of all there were cheers.

So when the homecoming began in earnest at around 9:30pm on Sunday night last it was with great jubilation and joy that the team was welcomed back.

However, just before all that, there was a profound moment or two when the Mullinalaghta men stepped off the bus and entered the local cemetery.

They brought the Connolly Cup with them and they proudly and respectfully walked around the graveyard.

They did this, because of all those gone before them - men just like them; men and women who once believed, once hoped and once dreamed.

People that knew there would be better days ahead.

And last Sunday was one of those better days,

They also did this for the men of Mullinalaghta who played in the 1950 and 1948 clashes; the men who never played but dared to dream, the men who encouraged and led by example; the men that cheered - they rest peacefully now in that cemetery in Mullinalaghta, in that place of hope and dreams.

Then it was bonfires and fireworks and laughter.

The team members made their way to Mullinroe Cross where a massive bonfire was lit.