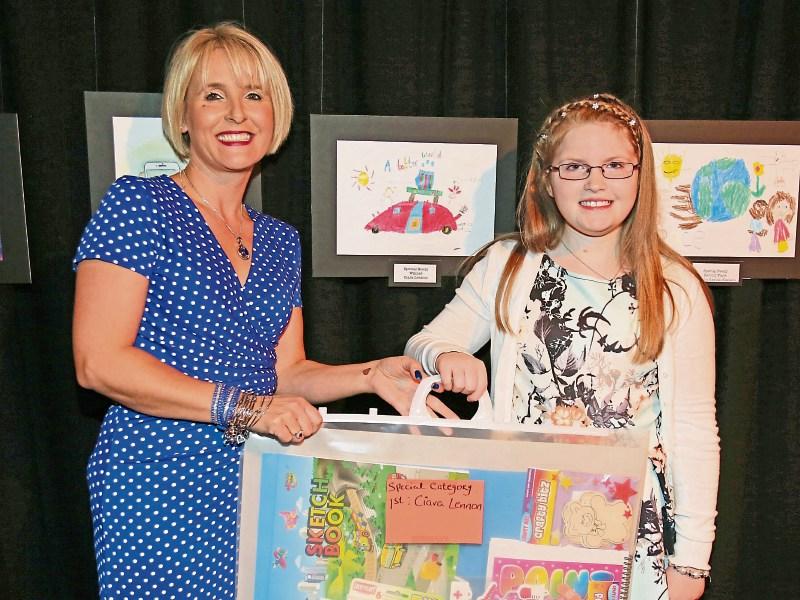 The 2016 Aisling Children’s Arts Festival was launched on Wednesday, October 12, against a colourful background of stunning artwork at the Backstage Theatre’s Canal Studio.

Along with the presentation of prizes for the art competition, which received a record number of entries, totalling almost 1,700, attendees got a glimpse of some of the fun and laughter that can be expected from October 23 - 29.

Outlining just some of the opportunities afforded to Longford children thanks to the annual festival, Chairperson Clare Macko said; “When the Arts Council, just recently, announced the positive effects for children who participate in artistic or cultural activities, this was no surprise to us! In fact that’s what keeps us at the Aisling Festival motivated!

“We know what it’s like when the eagerly awaited theme of the Aisling Festival is announced in schools for the arts competition,” she began.

“We know what it’s like when the Aisling brochure arrives and the debate and discussion about workshops begins in earnest.

“We know what it's like when when we see the faces and hear the squeals of delight at our theatre shows.

“We know what it’s like on our open day when hundreds of children and their families fill St Michael’s and enjoy a fun-filled free family day. And you probably know what's it's like too, when children arrive home from a workshop, covered in glitter and glue, but proudly displaying their masterpiece,” Clare laughed.

“In fact we could have saved the Arts Council a fortune, and I've a few ideas about what they could have done with all that extra money!”

Commending the budding artists on their interpretations of this year’s theme ‘A Better World’, Clare was joined by Agatha Farrell, from sponsors Farrell & Coy to present the prizes, before opening the floor to hilarious Magician, Billy Bubbles.

Billy will be returning to the festival for its open day tomorrow, Sunday, October 23 at St Michael's Boys' National School.

From 2pm - 5pm, a range of activities, games, crafts and shows will keep kids of all ages and interested entertained.

For full details of the art competition winners and for more on the Aisling Festival, see our free, 16-page supplement with this week’s Longford Leader, which was put together by students from Ardscoil Phádraig, Granard; Ballymahon Vocational School and Meán Scoil Mhuire, Longford.