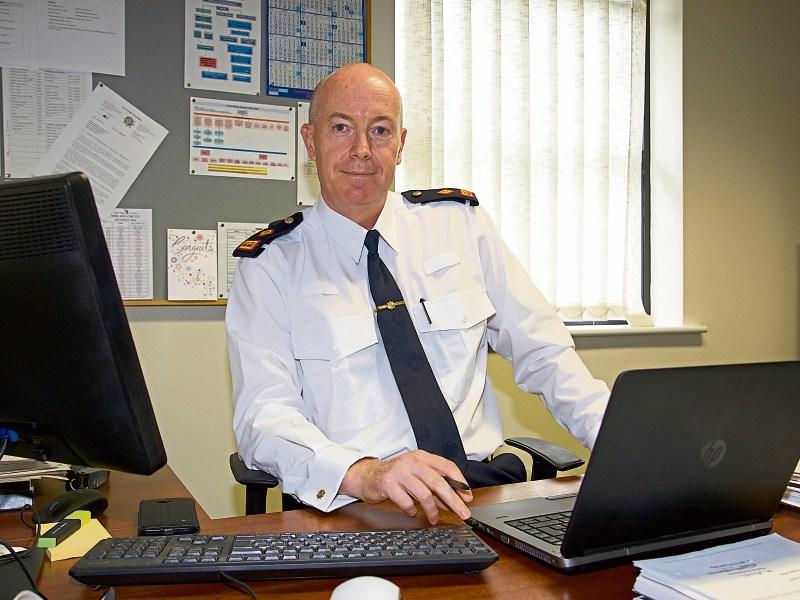 Drugs offences in the county have increased by 100%, a meeting of Longford’s Joint Policing Committee (JPC) heard recently.

Superintendent Jim Delaney said the statistics referred to those who are being caught with illegal drugs and were subsequently charged with drugs possession and intent to sell or supply.

Just last month a 15-year-schoolboy who was caught with more than €2,000 worth of cocaine and heroin stashed in his pocket was jailed for three months.

Presiding Judge John O’Connor described the boy’s case as a “horror” and indicated that  the teenager had, in fact, reached the threshold for a custodial sentence.

Meanwhile, Superintendent Delaney added. “That statistic is driven by every prosecution that is made”.

He also pointed to the work of the regional drugs detection unit.

The Superintendent also said that detection was critical in the determination of the amount of drugs available in the county.

“You can have drugs activity but if is not detected then we are not going to be able to record it,” he continued before pointing out that while drugs were prevalent in all areas across the country,  it was the responsibility of  the agencies working together to ensure their detection.

“The Gardaí are not the sole agency working on drugs activity; our colleagues in the Health Service Executive (HSE) also have a serious contribution to make, but from the point of view of enforcement - which lies with the Gardaí, I’m satisfied that we are doing something about it and that we are tackling and combatting the availability of drugs.”

The  meeting also heard that the most common drugs  detected in Co Longford include cannabis herb, cannabis resin and cocaine.

Superintendent Delaney believes these are among the most common of detections, nationally.

“Maniy recreational drugs are detected, but there have also been some detections in relation to heroin as well,” he added.

The figures, however have been cast into doubt by another CSO report which calls into question the reliability of information supplied by An Garda Síochána.

This second report found that 16% of crimes reported last year were apparently not recorded on the Garda Pulse computer system.

In a third of incidents of reclassified serious crime the report said gardaí had downgraded the seriousness of these crimes “without justification”.

For burglaries and robberies, 45% and 41% of downgrades were unjustified.