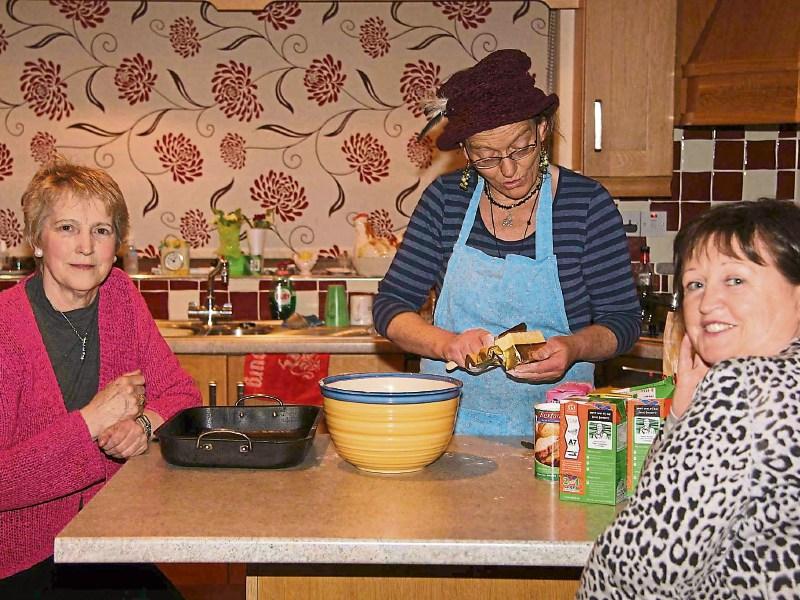 Donegal woman Breezy Kelly is the driving force behind Bake Bread for Peace, which has become a unique global movement that uses bread as the focal point for peace building.

What began as a simple idea has now spread across the world with individuals and communities coming together to promote ‘harmony, neighbourliness and a sense of community’ at a time when there is so much conflict in the world.

Breezy chose the activity of baking bread as a channel for peace because she says it is one of the most common and basic communal activities shared by people all over the world.

“There is so much chaos in the world right now, in Syria and beyond. We hear lots of talk of war, but very little of peace. Our governments seem to be ignoring the idea of peace, burying their heads in the sand and hoping things will work out. It’s therefore up to citizens to promote the idea of peace, in whatever way we can. Baking bread is something ancient, something shared by people of all races, religions and perspectives. It is a universal sign of peace, something we can do together. This might be a simple idea but from small acorns big oak trees grow.”

Breezy has developed her idea into what has become the ‘International Bake Bread for Peace Day’ on October 24. With the help of the internet her idea has gathered momentum all over Ireland and now internationally. She is now encouraging others to get involved, including schools and workplaces, and people at home who want to do something to make an offering towards peace in the world.

Breezy is keen to stress that Bake Bread for Peace is not an organisation. It has no staff or office and doesn’t engage in fundraising.

“It is simply an idea that is being shared around the world and people are free to develop it in whatever way they can,” she says.

Breezy has been involved in promoting the ancient tradition of home-baking for over fifteen years. For over a decade she was involved in the Heritage in Schools scheme run by the Heritage Council and the INTO. She comes from a background where traditions are very important and this led her to launch “Sillybucks”, a project whose aim is to collect and record stories, songs, recipes and cooking methods of days gone by.

In 2006 she published a collection of traditional recipes called ‘Bread, Scones, Stories and Songs’ which is now in its third print run. In 2013 she was involved in organising the ‘Born and Bread’ project as part of the ‘One Donegal Diversity Month’.

In 2015 alongside her dog Sheila and a bag of bread soda she took to the roads of Northern Ireland to share the idea of baking bread for peace. She travelled throughout the six counties and was hosted by individuals and families who enjoyed evenings of baking, songs and stories. She eventually ended that trip on the steps of Stormont where she baked bread for peace with MLAs from the different political parties.

“It was an experience I won’t soon forget. I received such a warm welcome, incredible people from all communities, and shared wonderful conversations. I heard stories of suffering and of war but not once did I hear any mention of revenge or bitterness. One woman I spoke to lost her father and brother. Despite her great sadness, she said; ‘Breezy, I had to forgive or it would have eaten me up inside.’

“Everyone I met had one thing in common, a desire that they will never return to the bloodshed again. There is still a lot of healing happening and it will take time but I have great faith in the Peace Process. I see Northern Ireland as a global beacon for peace in this way.”

Breezy recently completed a similar trip throughout the west of Ireland. She says her experiences there were somewhat different and that the importance of peace perhaps isn’t as alive due to the absence of conflict in recent times.

“Oftentimes south of the border,” she continued, “we don’t appreciate what it was like north of the border or elsewhere in the world where war in modern times hasn’t been a reality. It can be hard to imagine. Still, I had amazing conversations with people in Mayo and in Galway and with the drivers of cars who stopped to pick me up when I was hitching. It is all about conversations, sharing wisdom and stories. That is how peace comes about.

“There’s an old Persian proverb that says drops that gather one by one finally become an ocean.”

Breezy says she is loving hearing from people all over the world through her Bake Bread for Peace Facebook page. She says she has invitations coming in to bake, sing and share stories from people throughout Ireland, in the UK and beyond.

Right now, her focus is on October 24 for International Bake Bread for Peace Day.

You can find out more through the Bake Bread for Peace Facebook Page or by emailing Breezy at breezy.willow@hotmail.com