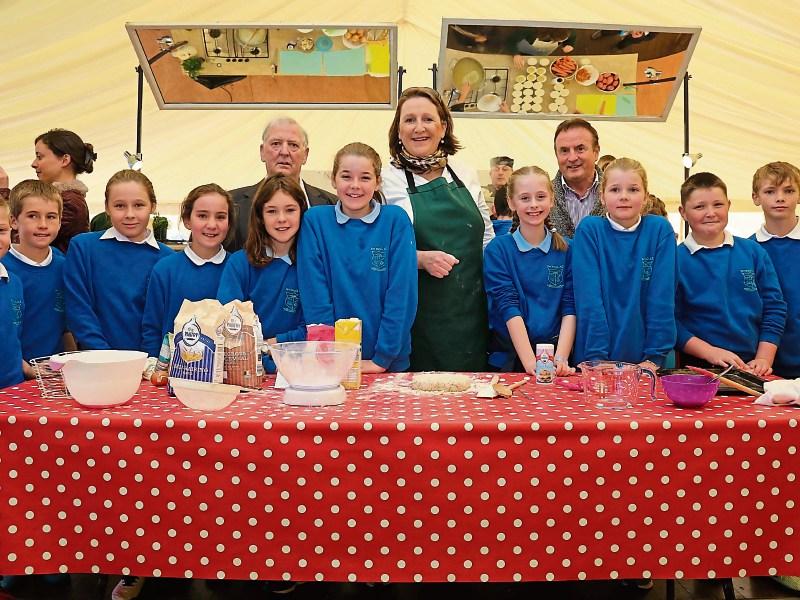 Over six thousand people descended upon Lanesboro over the weekend for a mix of world championship fishing and world class, locally produced food.

Seventeen countries competed in the 9th World Championships Predator Boat Fishing with lures on Lough Ree, while local food producers showcased their wares during the Taste of the Lakelands international food festival.

“We're as high as kites after an incredible weekend,” enthused festival PRO Ciaran Mullooly. “The weather summed up the whole weekend; bright, sunny and everyone was in good humour.”

The town was a hive of activity, welcoming local and international visitors, kicking off with a mardi gras parade on Thursday.

Ciaran commented; “It was fantastic. The international visitors were blown away by the reception.

“Joan Farrell in Lanesboro put a lot of effort into the parade, going round to all of the schools and getting them involved. The parade engaged the whole community.”

Ciaran already has the wheels in motion to make the Taste of the Lakelands festival a permanent fixture, something which they can't do alone.

“The challenge now is for us to develop more facilities. An event this size is too big, and puts too much pressure on a voluntary committee. Only for the Lanesboro Triathlon Club and local volunteers, we wouldn't have been able to cope. They did a brilliant job.

“Now that we have proven it can be done, we will be having meetings with the local authorities to discuss the future. The community sold itself so well. Visitors from all over the world said they would come back.”

Agreeing with this sentiment, Chairman of Lough Ree Angling Hub Hugh Keane said; “We had a great crowd and everyone enjoyed it thoroughly.”

Already looking forward to the next venture, Hugh explained that last weekend was only the beginning.

“The main thing is to put Lanesboro on the map and create a legacy that's not forgotten. Those that were here said they would never forget us!”