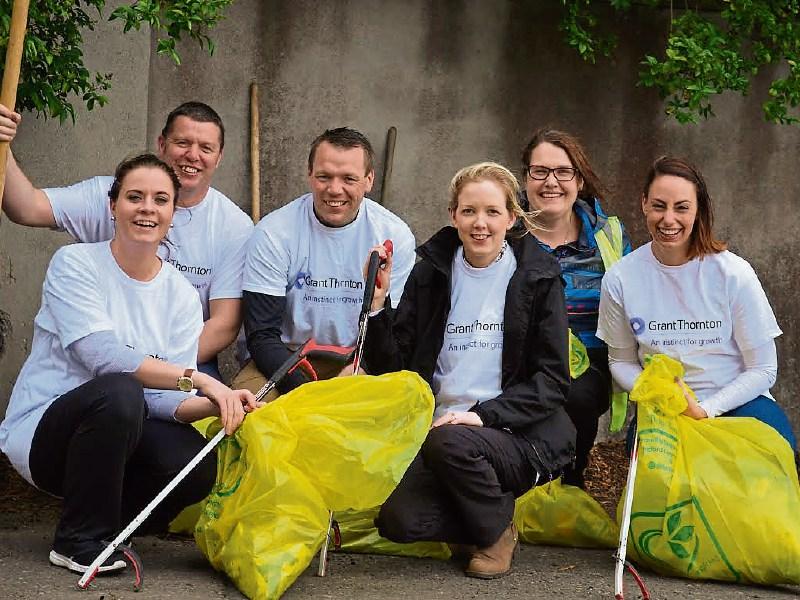 The recent IBAL survey which saw Longford drop to 13thnationally in the litter league was a disappointment and the adjudicators were at pains to highlight the condition of theLongford Retail Park on the Lanesboro/Athlone Rd.

The area had already been flagged in a 2015 survey  and the report pulled no punches when it said: “The  same air of carelessness and neglect has prevailed.  It is quite unusual in IBAL litter surveys to see a shopping centre score so poorly – it was riddled with litter along the pavements, car park and storages areas behind some premises were particularly poor.”

The park is home to Aldi,Iceland, Costa Coffee and Elvery’s.

Meanwhile staff local accountancy firm, Grant Thornton, will roll up their sleeves and join with Tidy Towns volunteers this Friday afternoon at 3pm in a bid to begin work on transforming the retail park.

As part of the company’s ‘Corporate and Social Responsibility Programme’,  staff have agreed to focus their time and energies on the area of the town that came in for such criticism in the recent survey.

Welcoming their involvement, Tidy Towns Chairperson John Farrell said: “This is exactly the sort of initiative we need. Local firms who appreciate our efforts, acknowledge the benefits of a tidy environment and are happy to play their part in achieving the goal.  Hopefully the Grant Thornton foresight will motivate other groups to follow.”