Sunday's Child return to Longford with moving and insightful show 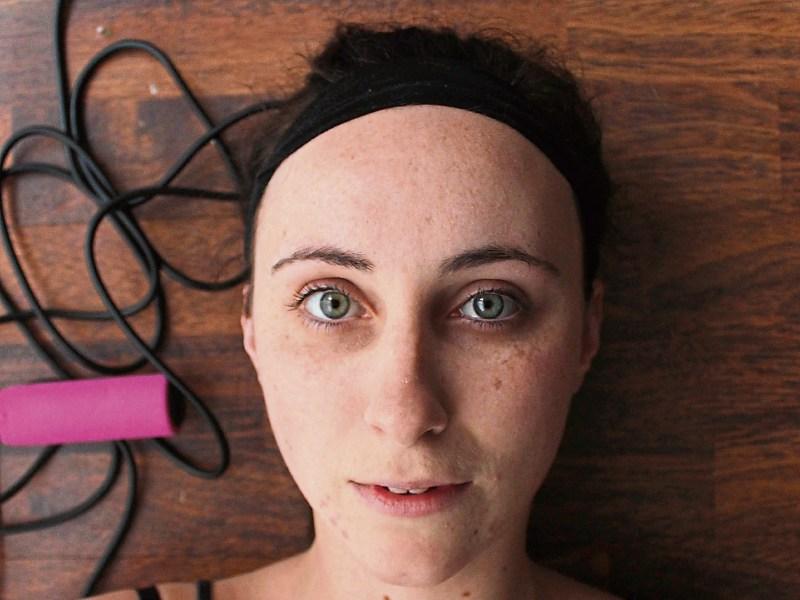 Imogene used to be sparkly vivacious, and outgoing. She used to fancy lads, have curves and love chips.

Recently however, she has become withdrawn, gaunt, obsessed with exercise.

Caol, her new “best friend”, who has cast a dark shadow over Imogene's life. Invisible to everyone except Imogene, Caol will not rest until Imogene has been reduced both emotionally and physically to a shadow of her former self.

This moving and insightful piece by award-winning company Sunday's Child aims to provoke compassion and debate around the subject of eating disorders.

Having battled with an eating disorder in her earlier years, 'Overshadowed' is the culmination of writer and performer Eva O'Connor's long-seated ambition to create work around the subject.

Through the character of Caol, the personification of anorexia, Eva wished to create a clear distinction between the sufferer of the eating disorder and the condition itself.

In 'Overshadowed', Caol (meaning narrow in Irish) is a demonic, manipulative presence with a dangerously powerful hold over Imogene.

By physicalising anorexia the audience are presented with a visual manifestation of Imogene's battle with her demons, and are able to see the devastating mental and physical effects the condition can have on the sufferer and their loved ones.

Sunday's Child is an Irish  company run by Eva O'Connor and Hildegard Ryan.

They have won various awards for their work including the NSDF Best Emerging Artist Award 2012; the First Fortnight Award 2014; an Argus Angel Award at the Brighton Fringe 2015 and the Fishamble Award for Best New Writing at the Dublin Fringe 2015 for 'Overshadowed'.

A special matinee for schools will take place at 1:30pm before an evening show at 8pm.

Tickets are now available by calling the Backstage Theatre Box Office at 043 33 47888 or online at www.backstage.ie.